The Implicarus is the tomb of the Archdeacon San Denaramis, a once powerful and respected member of the clergy of Bethmoora. His modest tomb - as proscribed in his will - is exactly one turn down from the Black Gate.  Those of the respectful sort will say a prayer to the Archdeacon as they pass.

There have been many attempts by ne'er-do-wells to enter the tomb but the protections that have been placed are formidable and yet to be breached. Inside are two statues, one of Valira, the Goddess of Life, along with an altar. Another chamber holds a statue of the Archdeacon himself. Valira's statue is in solid gold, said to be worth thousands and thousands of gold, while the other is a solid white marble.  A small tomb holds the final resting place of Feladornia, the faithful servant  (and many say the secret lover) of the Archdeacon. The actual tomb of the Archdeacon is hidden in a secret chamber. Rumors say that if the altar or statue of Valira are desecrated, the statue of the Archdeacon will become inhabited with the soul of the Archdeacon and defend the goddess.

Mold and fungus has grown in the pool over the decades and a green slime has taken up residence in a pool that has formed in the farthest chamber. Merely entering this chamber can be deadly as the slime emits a foul vapor into the air which can render a person inhaling the vapors unconscious. The slime will then move to begin devouring the victim. 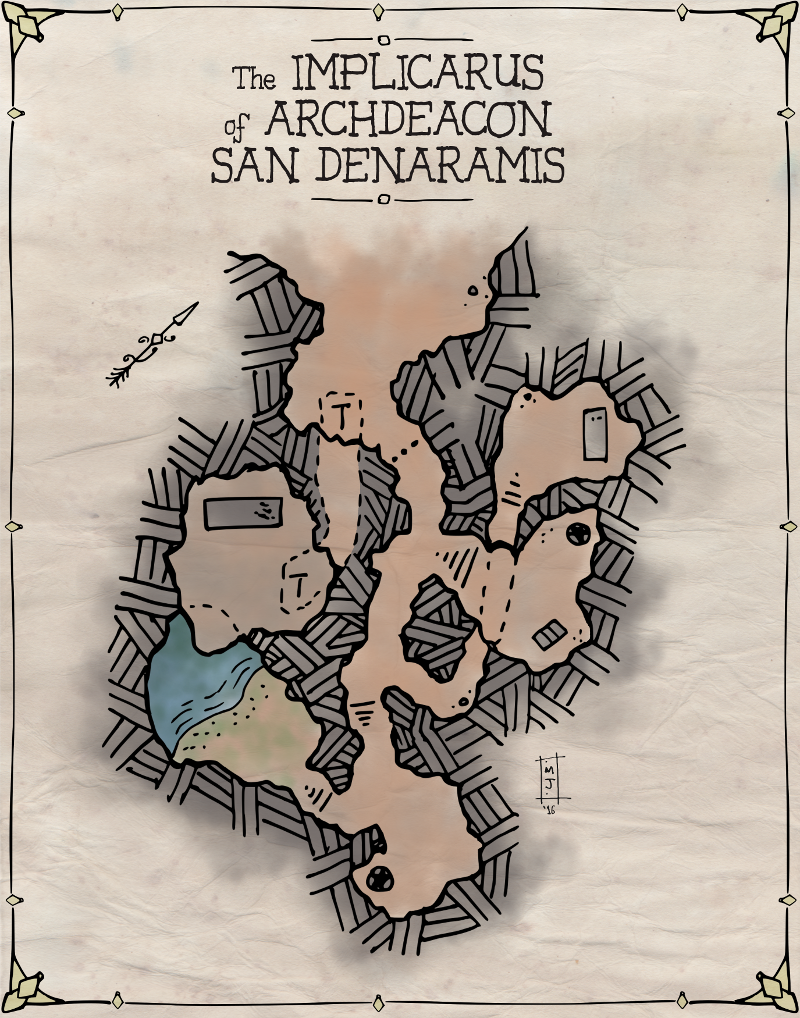 The black and white version. Thank you to my supporters on Patreon!