The game is starting up again, so I figured I need to update this before hand!

Ep 13. Moar Shopping.
The group continued their shopping and met Woodrowe, the local 'weirdo' alchemist and trader in oddities. They were able to figure out if some of their items were magic or not, sell some, and acquire a lizard that can detect magic in a unique way.

They then continue to search for more hirelings and enter the Adventurer's Guildhouse and have a rather amusing encounter with an old dwarven war veteran who they quickly learned they could not push around. Wolfstan Redmane, a flaming red bearded dwarf with a right wooden peg leg. They attempt to swindle him and he subsequently kicks their ass. It was great, for me at least. ;)

Ep 14. War comes to Shiteton!
They bed down for the night and are suddenly awakened by loud noises and activity directly in front of the inn. Rushing out, they find their new 'friend' Wolfstan out directing town militia into ranks and quickly find themselves put in command of a squad. Before them are goblins, orcs and giants attempting to smash poor little Shiteton to bits. The party was up to the task and were able to fend off the invaders, though not before losing a number of townspeople. Creative casting by Steve lead to an illusory dragon appearing and fighting alongside the party, which was quite impressive.

Wolfstan commented that Lady Romilda Freug, of House Freug, had conveniently left earlier in the day for a trip to her aunt's in Bordain (a town about three days ride to the east). He seemed very upset by this. We ended the session with the party worn out and tired from the extensive fighting, but heroes for helping save the little town. 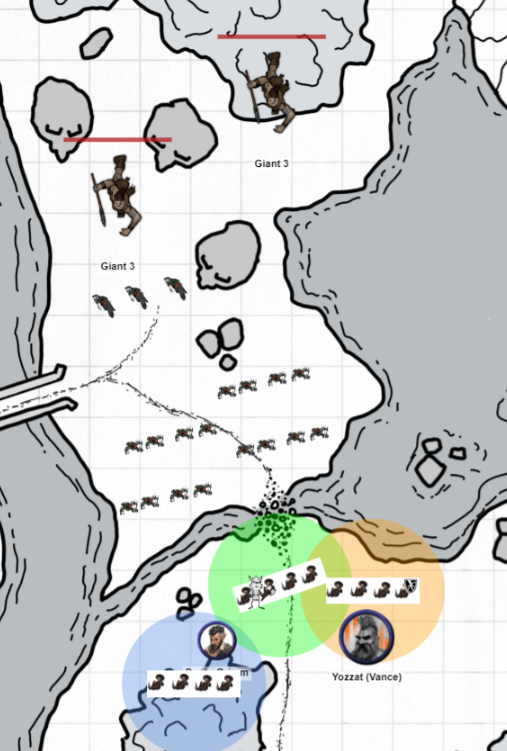 DM's Thoughts:
Its been a long time since we played. Originally I was to travel for work in November, so we paused and another player offered to DM. I ended up not going (re:COVID restrictions), then we had Thanksgiving. Then when I was about to start running it again...well, I had a heart attack which sidelined me for the month of December (I am doing ok now thanks to the doctors). Then the holidays, and well, now we are trying to start up again! Here to hoping it goes well!