[map] The Village of Meerfeld 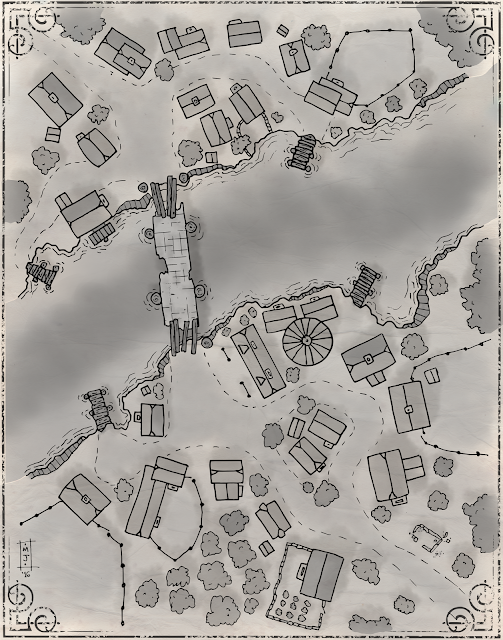 Worked up another map yesterday. Big thank you my backers over on Patreon, I appreciate all of your support! 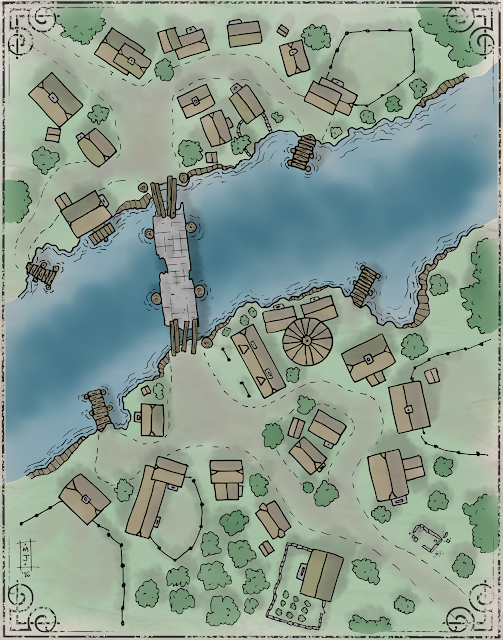 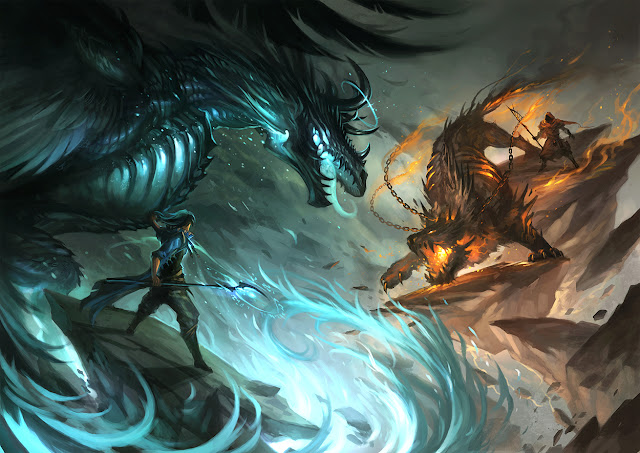 Using Saving Throws produces a naturally progressive increase in the mage's ability. Offering up the chance to cast spells more frequently, offset by the chance of failure, puts the Magic-User on the same footing as a Fighter. Both now have a change to hit or do something each round but both have a chance at success and a chance at failure.
10 comments: 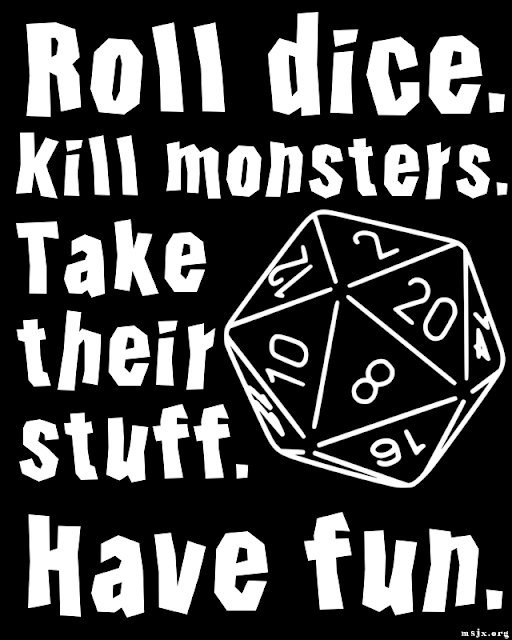 * Kudos to +Chuck Thorin who inspired the above
No comments: 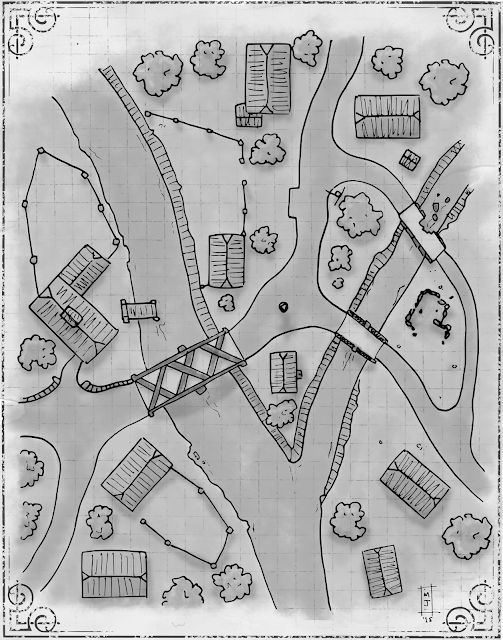 So I wanted to make a map for an upcoming WWII game and I played around, ended up not liking the map and finishing it anyway. I posted it Google+ and have received some pretty nice comments for a map I considered crappy. I thought I would post it over here since I have been posting a good deal of writing but little mapping. Life has gotten away from me recently, I am hoping to get it back under control soon but we will have to wait and see. 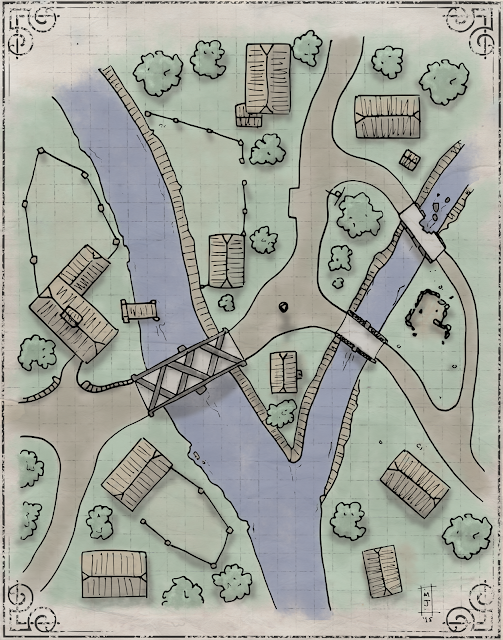