(Above) The Boneswall rises up from the mirror-like surface of Goodswell lake in the view from the walls of Prolge. The range's cliff walls and steep mountains make passage difficult, if not impossible. The highest peaks have persistent snow drifts and some of the valleys are covered in deep snow until mid-summer. 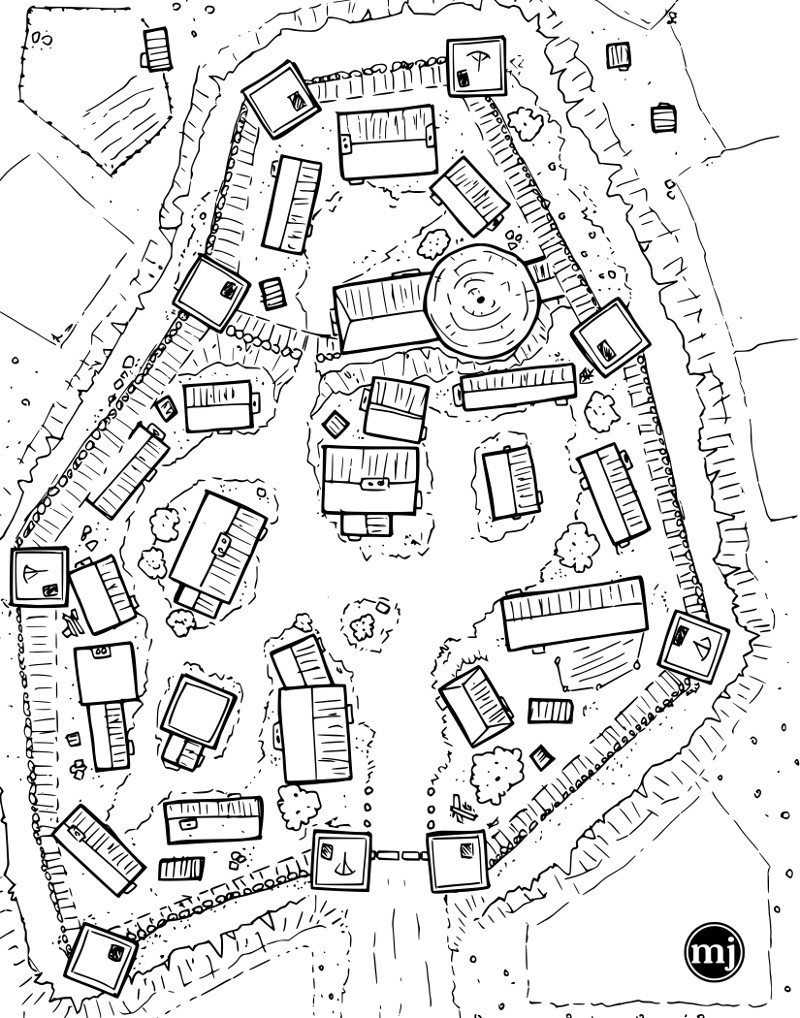 Far to the north of the civilized lands lies the frontier of the kingdom. This sparsely populated region is home to all manner of wild creatures, some never seen before by the scholars of the kingdom. Most knowledge of the region has been lost to history. What is known is can be gleaned from what has been explored and the returned treasures.

In the last three decades, settlers have begun slowly moving into the area, mostly kingdom humans and elves with a smattering of the other races of men. Small villages, some barely more than outposts, are scattered throughout the wooded, rolling hills, a day or two ride from each other. A large, mirror-like body of water called Goodswell is nestled in a valley, the Boneswall Mountains form a perilous and unexplored wall to the west. To the east are unexplored, thick forests and squatting atop a small hill on the south shore, lies the outpost known as Prolge.

The small grouping of buildings is Under threat from vicious beasts and shadowy horrors that regularly emerge from the mountains and forest. The villagers have put their faith in their leader, Mayor Boonswain Everyll, who claims to use knowledge of druidic magics to keep the village safe from the monstrous dangers. The last six months have been relatively quiet with only occasional attacks on the village wall. Valuable goods have begun to flow from the immediate area surrounding the walls. A small militia has formed, called the Greenguard strives to protect the interests of the village from harm. The villagers want to protect their homes from prying eyes, but this grows ever more difficult as the village’s prosperity increases.

Sharp stakes line the thick timber walls that encircle the village of Prolge. Compared to the ancient trees of the forest to the east and the looming mountains to the west, the village seems small and precariously at risk of destruction. The houses are tightly clustered together as if in fear of what lies beyond the walls. The sturdy village gates are never left unguarded or open, with at least two members of the Greenguard are always on watch. At least half the guard towers are manned at all times, armed with spears, torches, and large horns to sound an emergency.

While Prolge is more of a fortification than a settlement, things are slowly beginning to change. Freshly cut tree stumps and plowed fields surrounding the village indicated prosperity may have finally struck the village despite the ever-present dangers. The trading post is stocked with goods derived from the forest’s bounty and from merchants that occasionally appear at the gate. 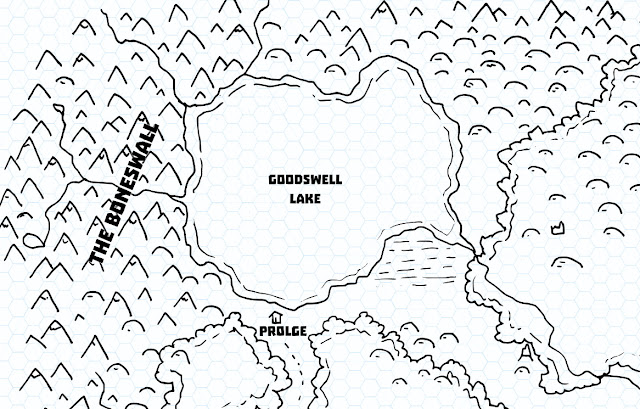 Next time, we explore the village of Prolge...
2 comments: