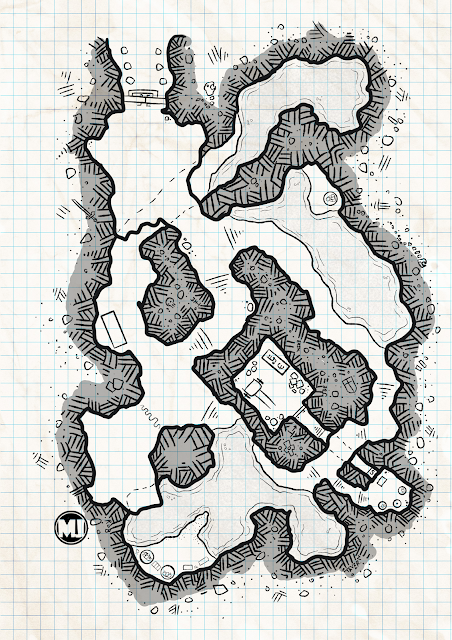 Couldn't sleep last night (thanks Putin) so I decided to fall back on an old habit that always helps me sleep better, it appears to clear my mind. The bad side effect is that I feel like I need to finish the map. I opened up my drawing app on my Samsung S7 and discovered it had been updated since I last used it, excellent upgrades! I also discovered that I could record a timelapse of me drawing! This may have been available before and I was not aware....wouldn't surprise me.

You can check it out (and my rudimentary YouTube editing skills) here: 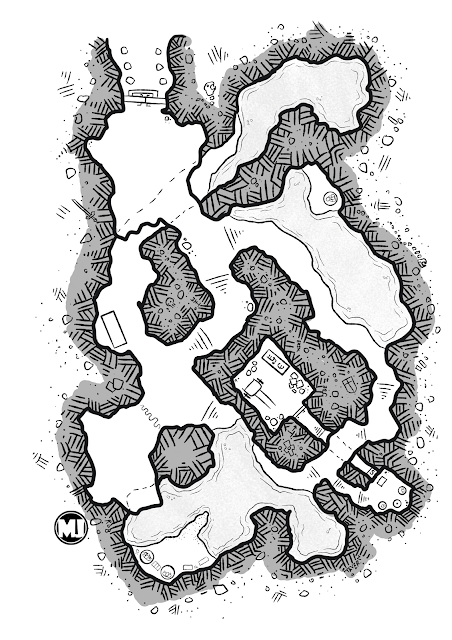 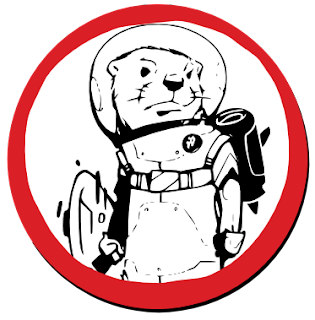 I have recently fallen for ICRPG. I know, I know, many of you old schoolers are going to cry and whine, probably click away. That's cool, be well.
The rest of you that stayed...wow! First off, I had this silly idea of trying to run a Star Wars 'one shot' using ICRPG without a major muscle movement. I did not want to spend days creating new bioforms, creating weapon lists, equipment details, etc. I wanted to see if I could run it as is but get the feel of Star Wars. So, to that end we used the rules as is, we made nothing, created nothing and just went for it.
Using the image-not-a-map method I discussed previously here, I dropped in some concept art for The Lodge (where Lando plays Sabac) from Solo. I used the Runehammer VTT, which is a quite slimed down and easy to use VTT. Many of you have used other VTTs will balk at the limited powers of this but that is actually it's strength. This no-frills VTT allows you only enough tools to run the game using the ICRPG rules. 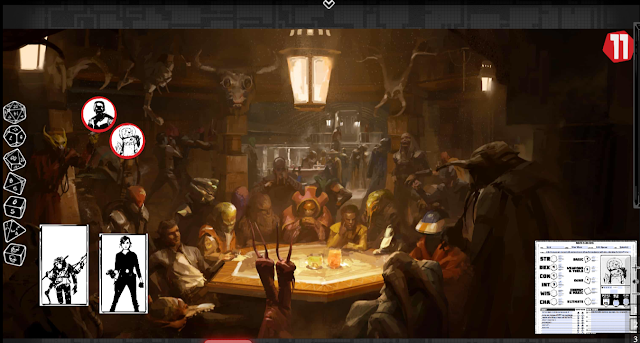 Lox and his pilot, K-3SO ;-) were hired to take Kaz and Torb on this heist: robbing an Imperial Conveyex Train of a small portion of coaxium hyperfuel without being detected. Our adventure was a riff off the train heist in the film Solo with a few added bits. The tracks had sensor towers that could detect a ship coming in, so our hero had to be dropped in out of sight, trek to the cliff above the sensor, then rappel down to the sensor. To add to this, the wind was violently dangerous and could rip him from the cliff face, building in strength every so often. I used a countdown timer to predict when the wind's howls would increase and a moment later the wind would blast him. Roll and repeat.
In addition, Imperial probe droids patrols the track, coming by every so often (again, determined by a countdown timer). Lox, our little hero managed some amazing rolls and was able to get down very quickly and easily. Then he had the fantastic idea of hiding in the sensor tower's probe droid ports (they had to hide from the strong winds too). Hiding inside, he again made amazing rolls with the idea of hacking the system to close the door over the port. Instead, he managed to close ALL the port doors, effectively trapping the incoming probe droid just as the wind picked up. That sucker was bashed against the cliff by the strong winds and destroyed immediately (he rolled a nat 20 here). Next, Lox quickly disabled the sensor tower and was picked up by his ship. 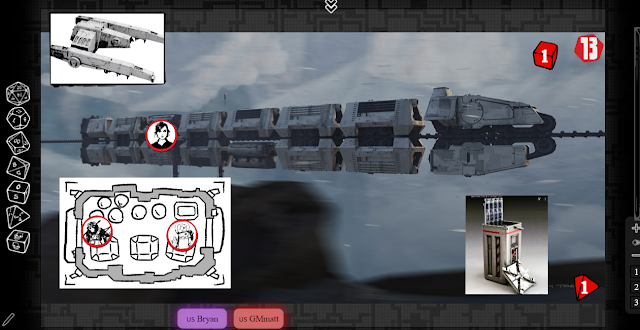 Lox, Kaz, and Torb dropped onto the train and began searching the cars, looking for the coaxium. I rolled randomly, counting from the back and sadly it was in the most forward car. Here I added a countdown timer (a d6 this time, sorry Hank) that determined when the train hit a sharp turn and basically went completely sideways. This would require characters (not wearing those fancy magnetic boots, standard issue for Imperial Range Troopers) to make a DEX check to stay on the train. 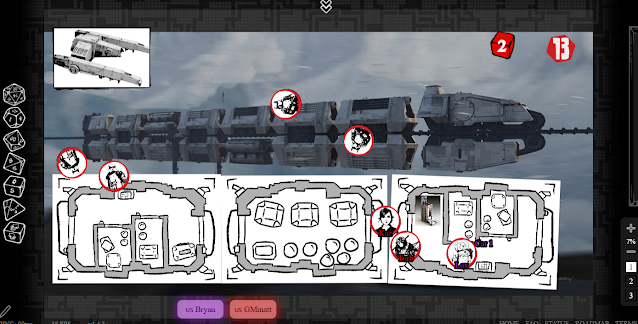 As they got to the next to last car, the Range Troopers climbed out of the first car and began to defend the train. The fight went very fast, deadly, and fantastic.
A few points:
1) I used the Effort mechanic for Lox to climb down the cliff face and for hacking the sensor tower. I honestly questioned this before the game. I have to say this is SUPERIOR to any other method of determining the resolution of something that might take multiple attempts (like bashing through a door, hacking a computer, repairing an engine). I absolutely love this mechanic. My friend who played Lox stated the same thing. This alone is worth the price of admission.
2) This game is deadly! Troopers used blasters, which use d8 effort and when most beings have 1 Heart (10hp for you grognards), two hits....or a single hit with a critical is very dangerous. When you roll a critical, you roll your normal effort die, in this case d8 for guns, PLUS a d12 ultimate effort.
3) The ease of creating a SW adventure with little effort has me wondering what other games/genres could be ran using this. My friend wants to run an adventure in the vein of Dresden. Can't wait. I am really interested in an Colonial era Vaesen-style game.
6 comments: Drew up a sensor tower for my upcoming ICRPG Star Wars game, this is similar to the towers that were lined along the train in the film Solo. I have added three portals, these will be small slots that the Imperial Probe Droids will drop into when the wind becomes too strong. I am changing a few things from the Solo film to make it a little more interesting. 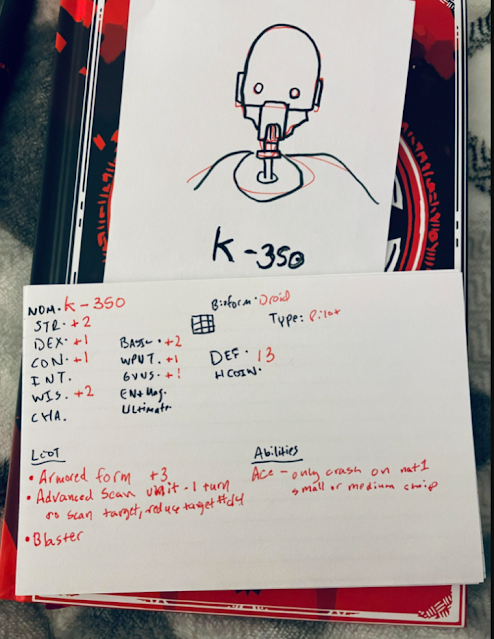 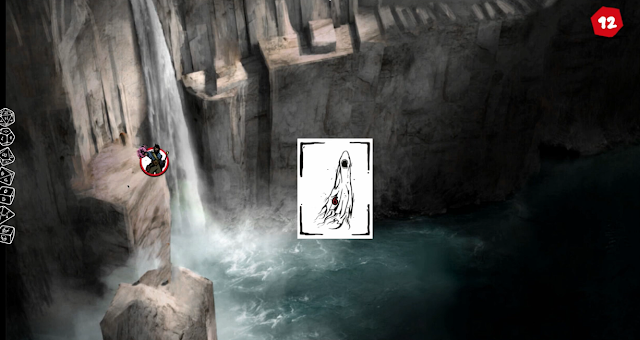 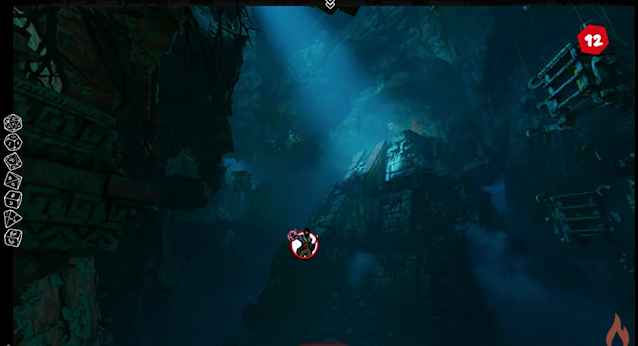 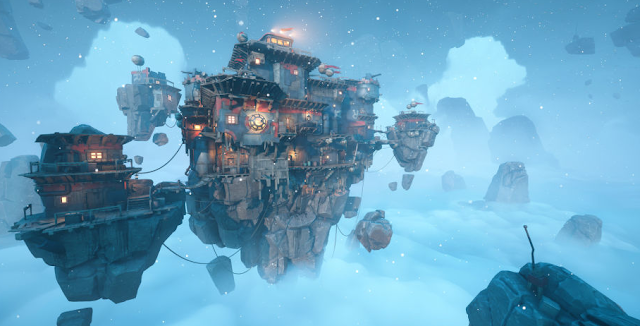 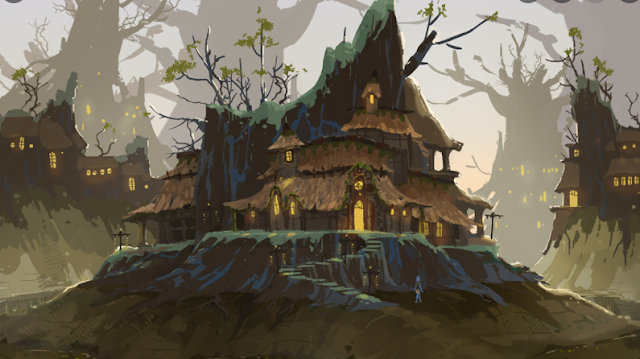 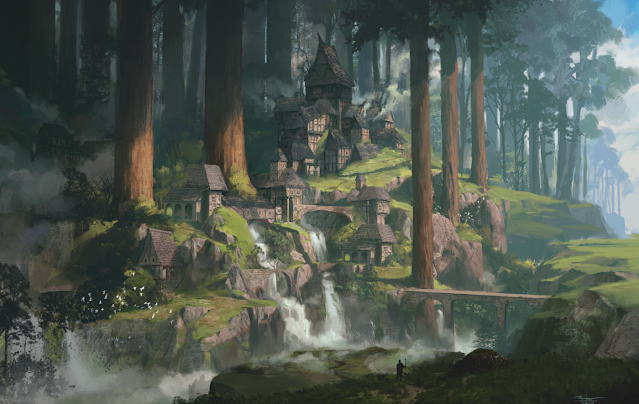 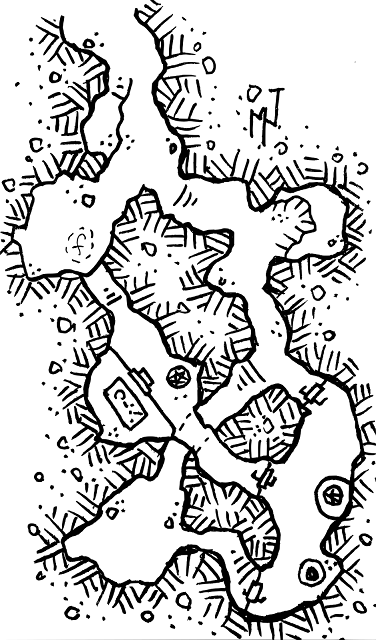 I was suckered into hanging out with Erik and Joe on their bi-weekly video show, Rob Conley & Tim Shorts. Joe was kinda boring for a while so I passed the time by drawing a map. One of the viewers asked if I would post the map, so here you go! If you want to watch a bunch of old guys talk about gaming, NFTs, and reminisce about the good old days of gaming, check it out: