A strange thought with my morning coffee: 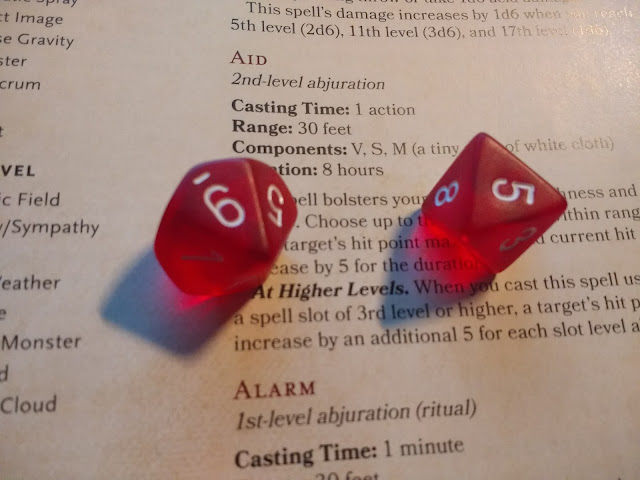 With most Old School games we roll 3d6 when rolling abilities. Instead of doing math and writing down the total score for each ability, how about we simply write the modifier?

Sure, sure, I can hear you saying it already. "A +3?!?! What the hell!?" But really, three 6s? Rarely will come up, and if it does, will that little extra +1 really throw off your game? Also, this is easily balanced off with the possibility of a -3 for an ability.

ADDED BONUS:
Combine this with the previous post on doing ability checks the Tim Shorts' Way™, you simply add the character's level, add the ability modifier (now conveniently just the modifier) and add those to a d20!
6 comments: 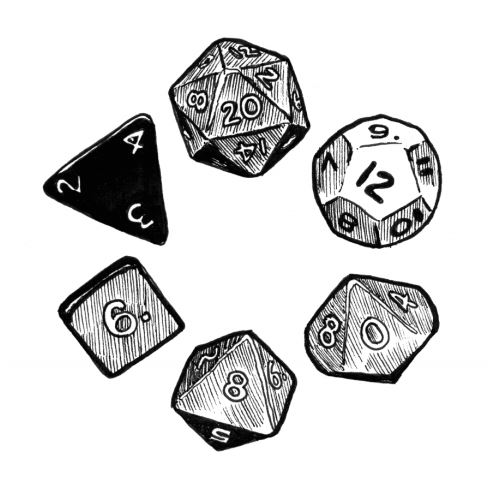 My buddy Tim Shorts came up with a really great, and easy peasey, way to do ability checks for his B/X game. We have been using these for quite a while now and I can say I really like them. The rule is brilliant in it's brevity, and the fact that it changes nothing in the rules, it simply slaps on to what we are already using.

When asked for an Attribute or Contest rolls use the following formula: d20 + level + attribute bonus/penalty = result. Results are compared to the challenge rating I’ve assigned to the task. There are levels of failure and success.

That's it. Quick and easy. I like it because it takes into account the character's level (thus they get better the higher their level) but also takes into account high/low ability scores as well. The added bonus with this method is that it still allows a certain level of GM Fiat in the game and still leaves the GM squarely in control of their game.

I am sure that will ruffle some feathers among the more sensitive players out there, but as a GM with almost four decades of experience, I say your minor quibbling is moot. The GM runs the game and is nice enough to let you play around in their world.
4 comments:

The Morning Thought: Sending out grogs to do the dirty work for you

Ref: Sending grogs out to search hexes for interesting locations with potential for further exploration 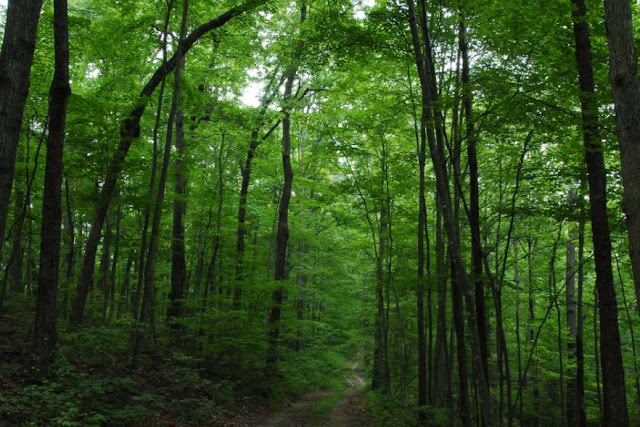 GMs use a logical amount for the wages to be hired. I suggest one weeks worth of average wages for a townie, typically around 5sp. If PCs double the payment, a -1 modifier is added to the die roll.

Verified point of interest-
The grog investigated and made sure the location was worthy of further investigation: peeked inside the cavern entrance, opened the door, etc. In other words he knows it is not a one-room cave. GM’s can use an existing location, or use the table below.

Possible point of interest-
Something piqued the grog’s interest but did not investigate further. GMs can determine if they want to place something here or have it be a false entrance. OR, simple roll a d6, 1-2 the location is legitimate, 3-6 it ends up a false lead.

If a Point of interest is determined to be there, what is it?
1: Caverns
2: Above ground ruins. (chapel, town, military complex, etc)
3: Monster lair. 1-3 natural creature, 4-5 single powerful creature, 6 unnatural creature
4: Below ground labyrinth (d6: 1-3 under 5 rooms, 4-5 under 20 rooms, 6 megadungeon!)
5: Non-human settlement (orc, goblin, gnoll, giant, etc)
6: A magical feature that should not be there.
6 comments: 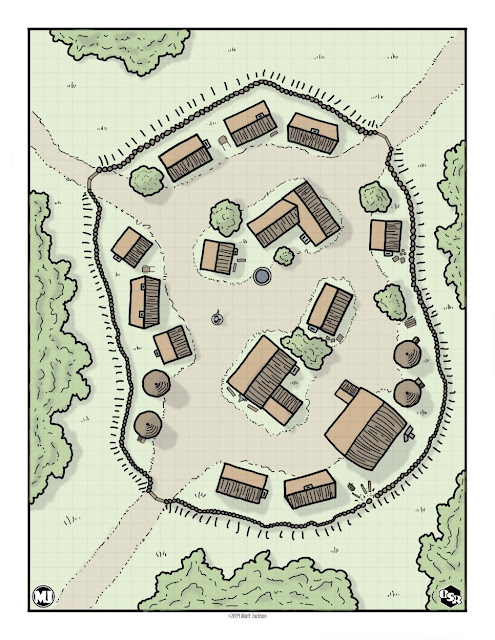 Dhul Crag, a small outpost on the edge of the dangerous frontier. Released wthrough the support of friends on Patreon, for more information visit https://www.patreon.com/msjackson/
1 comment:

Letter to Elder Mildred, dated the 6th day of the month of the Lion

Dear Elder Mildred,
I have decided that there is a distinct likelihood that I may never see my lovely home again, the dangers of this world are simply much greater than we had been lead to believe. As such, I have decided to begin forwarding my journal of my adventures to you. It being an account of the latest developments here in Hound’s Head. It is my hope that you would do the Great Imbiber’s work and share my journal with all of our faith. Tell them of my tales! Take heed young attendants, learn what you can and resist the wanderlust!

Ps - Has anyone seen Tippy?


A tattered, water damaged sheet inside the letter contains the following message:

Journal entry dated the 6th day of the Month of the Lion
Well, it seems we had a few too many drinks last night. That has to be the reason for the silliness this morning. Perhaps the priest spiked our breakfast ale?

After accosting a pottery merchant and acquiring a bag full of Moonstones, we headed back to Hound’s Head, the small frontier hamlet ran by Ivanoff. Upon returning to ‘civilization’, the strange priest ran off, no doubt conspiring with those who appear to be his masters, the ones who set us upon the merchant. To what end, I am not aware, but this turn of events has my stomach turning. I have no mind for sneakiness and conspiring.

As we entered the hamlet I was surprised to see the previously thought slain Sir Santos riding in. He was bandaged and looked worse for wear. I am now of the mind to think this fiend abandoned his compatriots as they were set upon by the giant we slew, no doubt leaving them to their fate as he ran for his life. I will keep an eye on him, I believe him more slippery than a Blue Carp from the Lowhill family pond!

Skord and I decided to leave a note on Ivanoff’s notice board to solicit potential builders for our own place. I do not think Kojack is concerned with having a home, even if it be a temporary one, he seemed to shun the idea of building some place for us to stay while in town and store our goods. He certainly was not inclined to join me in a discussion on a mill or inn, only finding interest when I brought up the idea of a brewery. Damn dwarves! Rocks or brews is all their tiny heads have space for.

Finding the words for our advertisement took far too long, I think Skord’s head might have been struck a few times. It was sufficient but I think we will get little interest, Hound’s Head is too small to attract many men skilled in masonry and working of wood. We will see, I pray to the Great Imbiber that he sends us men so that I might have a solid roof over my head again! Instead we advertised for a “mistress of brewery”....Skord was quite proud of that poetic phrase. Again, small hamlet, not likely to find a master of brewery here. I will start squirrelling away funds for a chapel here, a solid brewery hall in the name of the Great Imbiber!

We found the dwarf trying to pick up some dwarven woman...least I think it was a she….miner. Then we headed to locate Ivanoff and discuss the possibility of acquiring land for our future plans. He seems amicable to the idea, so we will simply need to acquire the funds to make this a reality.  He also mentioned the possibility of

Kojack became anstey again, it seems he has only the time to acquire items, sell them, and then spend the gold as fast as he can. He began to whine about heading back out and despite my suggestion we head out the same way we had when we encountered the giant, we went off directly into the woods to the southeast of the hamlet. Quickly we ran into webbing and the dwarf turned away. I believe he fears spiders, possibly a great deal. Repeatedly he turned away from the webbing and we journed farther south, skirting the Chanters Grotto. I know the Great Imbiber has plans upon this place, he draws me there, but I see no reason for us to rush to this place.

Along the path, we were suddenly set upon by rubbery, foul and fanged creatures who seemed to leak a viscous black fluid from every pore. They surrounded us and charged, and that was when things began to go awry.

James, my steady companion of late, managed to bobble a flask of oil, which immediately burst at his feet. Luckily this created a bit of a wall between us and one of these creatures. I struck one with my sling stone to some effect. I saw Skord in haste, charge off towards one of these beasts, he was immediately set upon by another and quickly knocked to the ground, apparently frozen as if struck by ice in his veins! One creature began chomping on him! The dwarf and his handboy ran off, presumably to fight creatures, but I did not see what transpired with them.

The creature I struck leapt at James, who did not see this attack, and I pushed him to safety as the creature, still in it’s leap, flew towards me. A quick sidestep and shove and I pushed the creature into the fire! Shocked by the sudden burst as the creature struck the fire, James stumbled and his feet slipped out from beneath his body. He tumbled directly into the fire, his pack immediately igniting and exploding. He screamed but once, and then was consumed by the flames. My hair was signed and smoldering, but I still stood.

Exhausted from the fighting, I turned to see the two creatures gnawing on Skord, who seemed unable to lift a finger in his own defense. In a desperate moment, I knew of only one thing to do. These creatures seemed to have a weakness to flame, and though I am a capable handler of my sword, two creatures seemed beyond my ability. There was but one thing I could do, and I prayed the Great Imbiber would provide the help I needed.

I drew another flask of oil from my pack and charged towards the creatures. Fearsome as I might be, they barely took notice of my rage. Just a few feet from them I tossed my flask! They, and Skord, were engulfed in flame and the two beast erupted. I drug my new friend from the flames and snuffed them out. I prayed over a bottle of healing elixir and asked the Great Imbiber to save my friend. What I had done to save him, had pushed him to the brink of death. I had but one chance.

The Lord was on my side and I  began to glow, a great , white light emanating from all around me. As I watched, the scorched skin began to heal, the scars melting away as if they had never been there. Yet one remained. The Great Lord had left his mark on Skord in the form of a scar, very reminiscent of a tankard of ale upon the man’s neck.

It seems the Great Imbiber has plans yet for me in this world, and perhaps now, for Skord as well.
1 comment: