I believe I drew this map about a year ago - I am terrible at taking the time to make detailed records - on a three by five card while at work one day, but one can never be sure of these sorts of things. This is one of my favorite quick maps I have drawn as it is seriously a busy map, lots of things going on here. These are the sorts of things that inspire me a GM when I look at a map.

For example- I can tell whomever made this place hated ranch style homes as there are stairs everywhere. They also favored a non-stick-to-the-grid-squares-map attitude as this place is seriously off center and crazy. Also seemed to have a statue fetish going on. There was some sort of structure there near the back but its long gone now.

Anywho, I like this one a good deal, hope you do too. 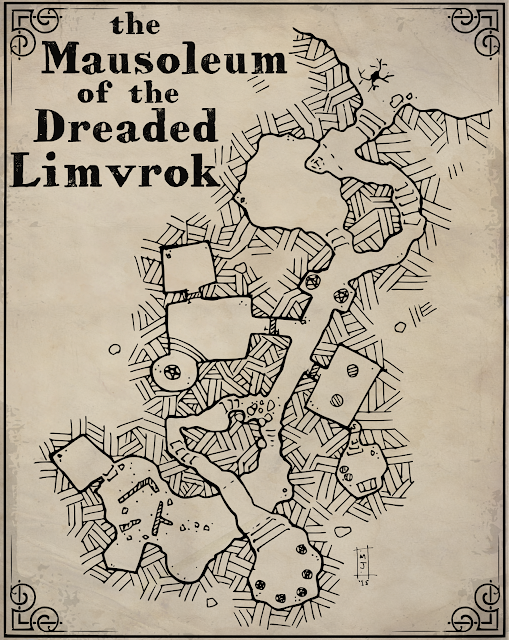 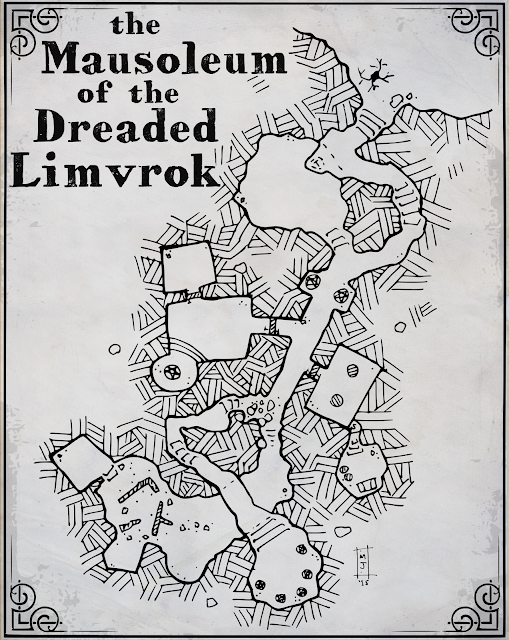 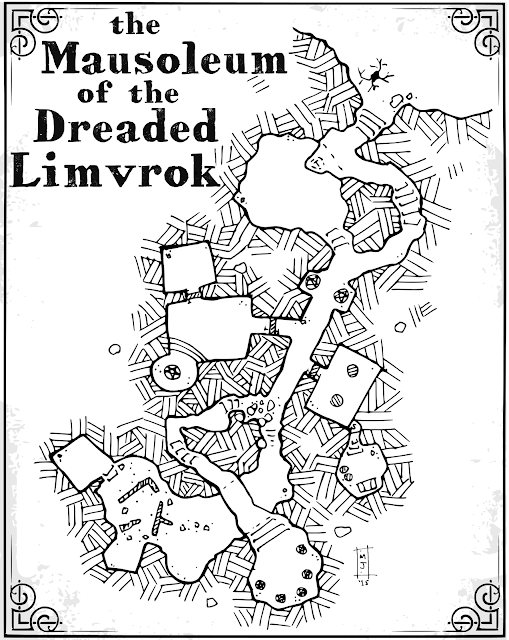 Another in my series of looking back at the past and bringing it up to current standards, here is a map based on Grimmsgate from the Swords & Wizardry module. 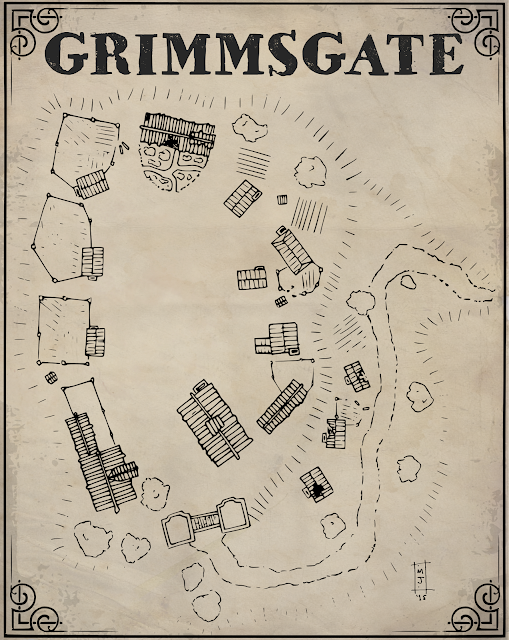 And a blue version 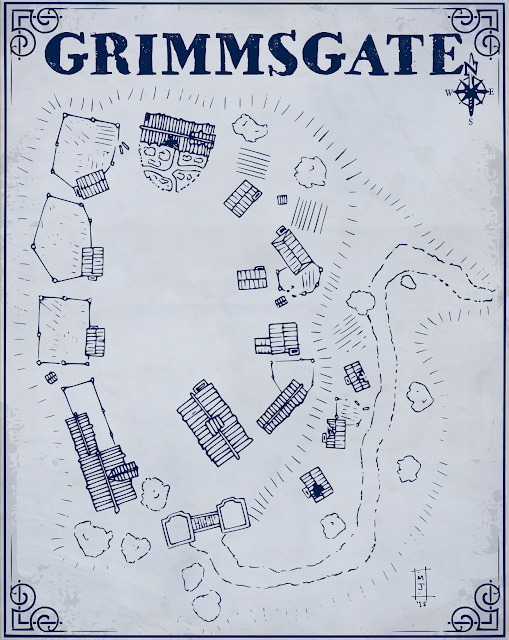 And the black and white version: 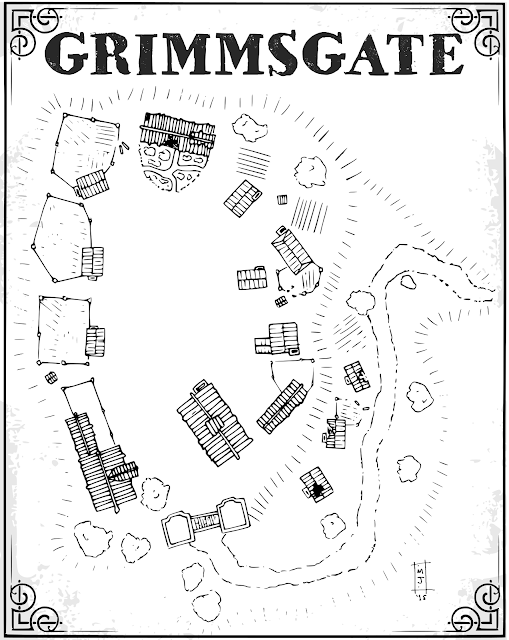 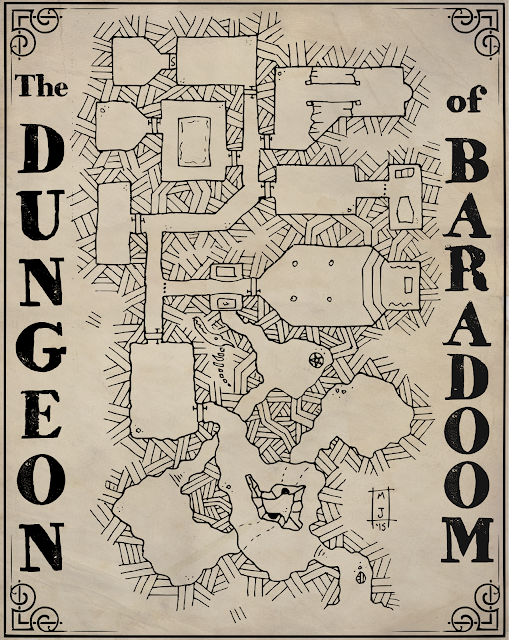 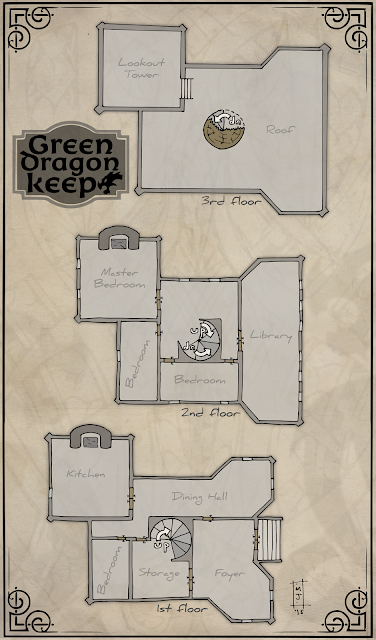 I was recently contacted to do a commission for a gentleman who was running a game for his daughter and he needed an existing map converted to a static topview from the 3d version provided in the module. Additionally there were a few minor changes needed (walls moved).

The result is the above. Hope everyone enjoys it and has an excellent kick off to a great weekend. I have duty tomorrow so I will be stuck inside making sure private behave (again). 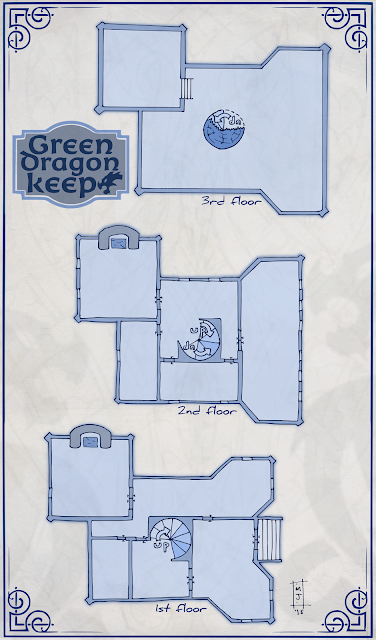 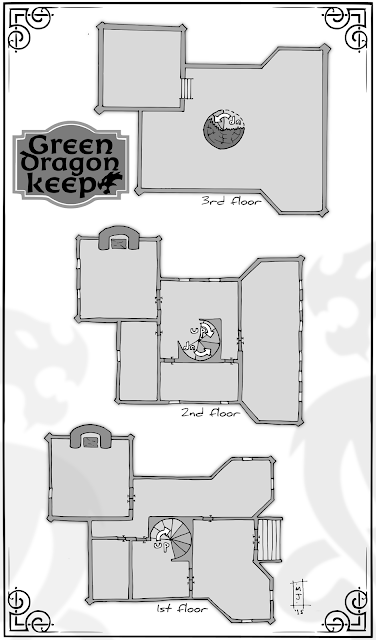 I also took the time to make one suitable for printing at Walgreen, using the 12x20 size, it should line up pretty well (though how they get their sizes to convert is a bit of a mystery because I export it with exactly matching numbers and then their software messes it up slightly. 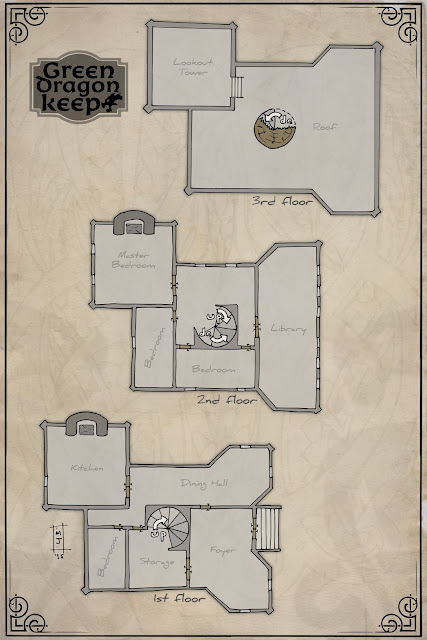 Courtesy of +Mark Hunt The Spahn now has been fleshed out for use with White Star. I added more color and provided the highly sought after escape pods to complete the final version of the map.

What do you think? 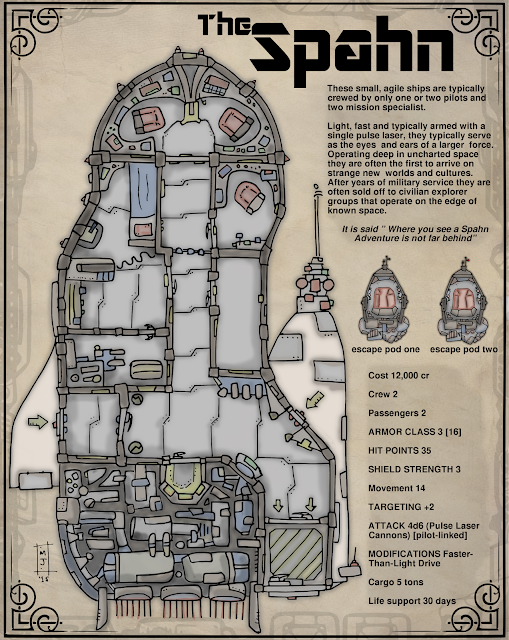 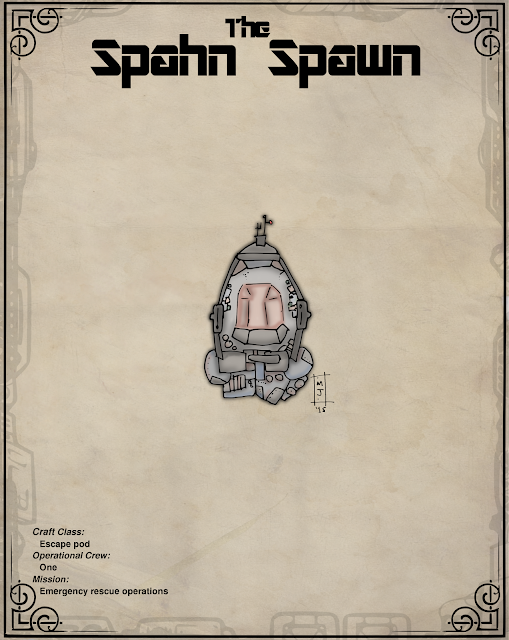 Yep, they made me do it. Taking another cue from +Billiam Babble, I have used a wider color palette on this one and I think it makes the map soooo much better.

Here is the escape pod installed on The Spahn, though the crew is much larger, the ship is typically only fitted with two of these pods. This often causes problems in emergency situations as crews 'remove' crew members from the official Escape Pod Authorized User access list to ensure they have a seat on an escape pod. 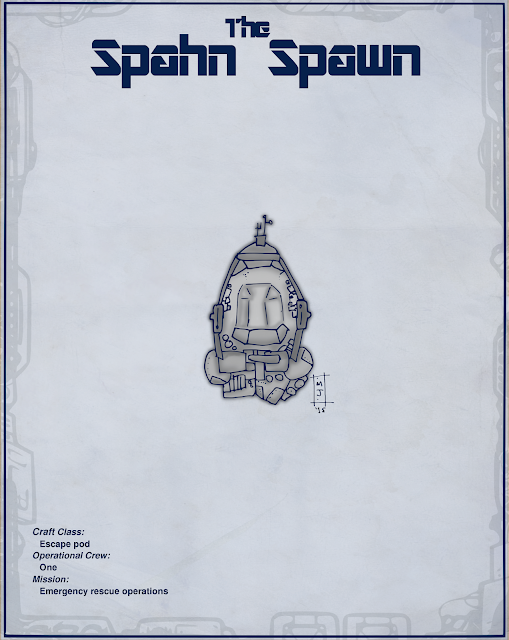 And the classic black and white: 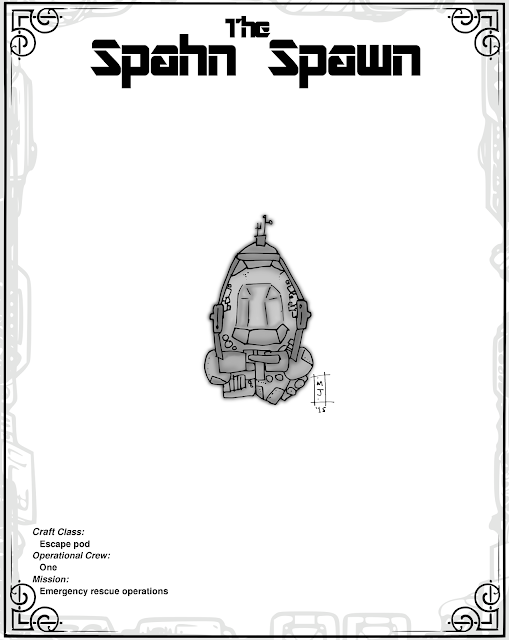 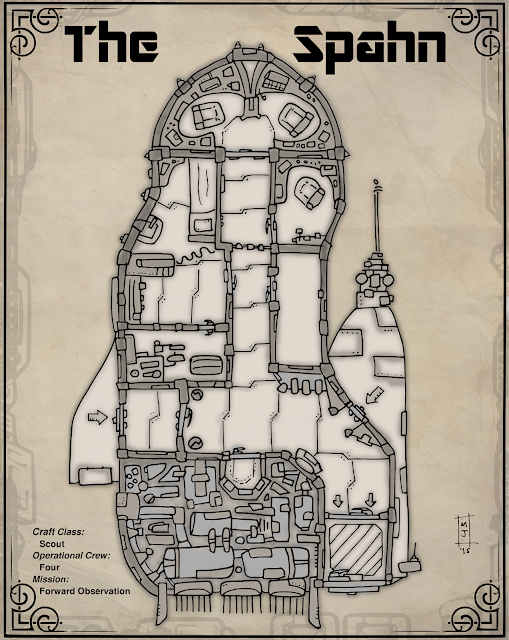 I drew this map in the style of +Billiam Babble, one of the best cartographers out there. He has a unique style that is extremely difficult to emulate but yesterday he posted a seriously kickass drawing of a space ship and, well, I could not resist it any longer. I had to take a stab at the style. You can see his original drawing here: [link]  Mine is no where near his style but I give it a B, not terrible but could be better.

Today I happened to notice that White Star is STILL #1 on RPGNow, something that I have not seen happen in quite a while. So in honor of the man that brought White Star to life, I opted to name the ship after him. Kudos to Mr +James Spahn for bringing a cool game to life! 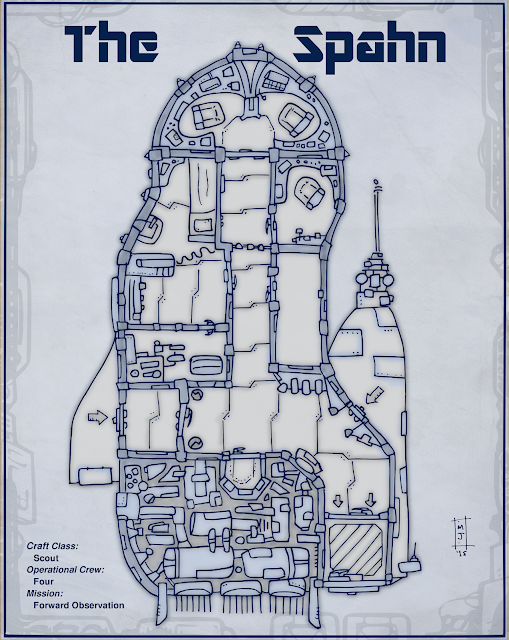 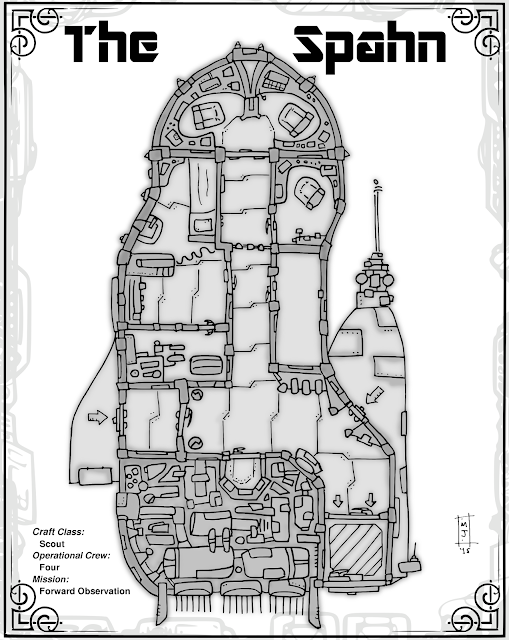 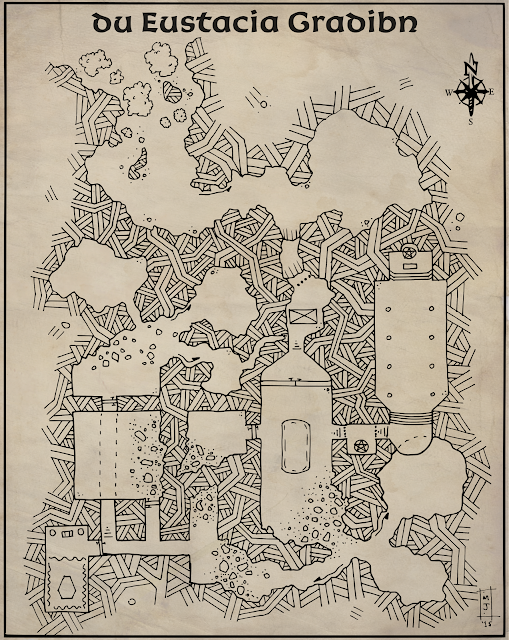 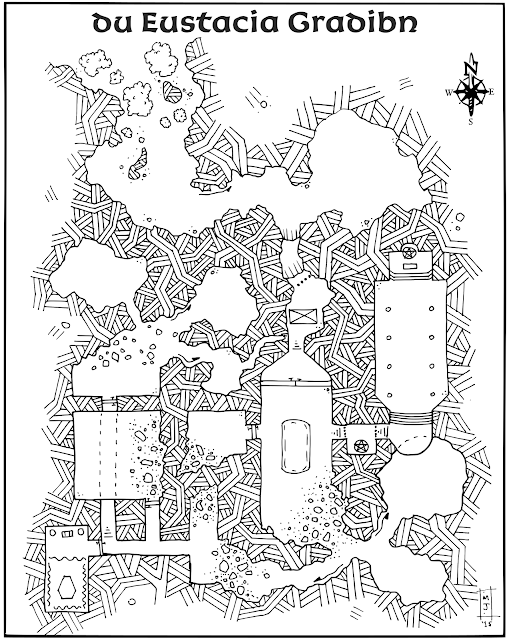 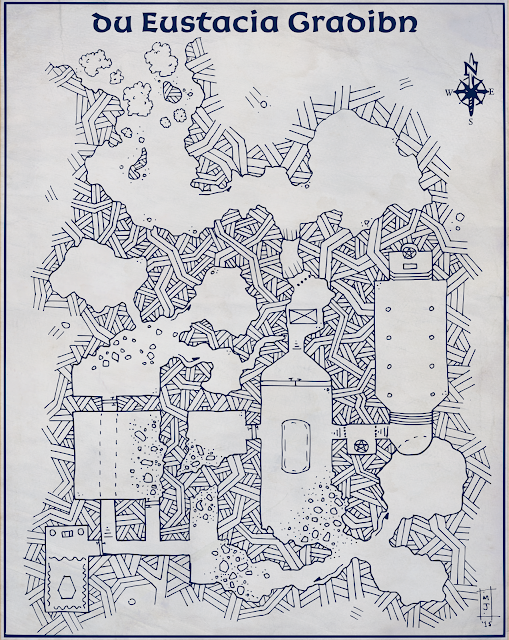 [map redux] The Bridge of Sarladoune

This is another of the redux maps, this one from Sunday 30 December 2012! This map was draw in my old Arc notebook on graph paper I made and printed myself and I believe this was the map that I ran my first game using the excellent Barebones Fantasy RPG. 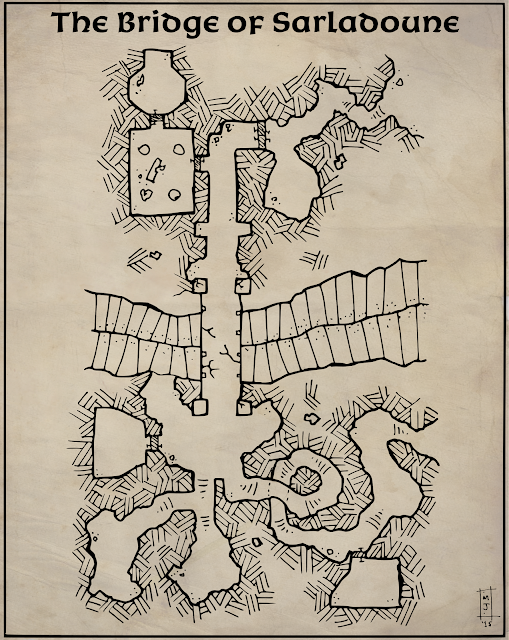 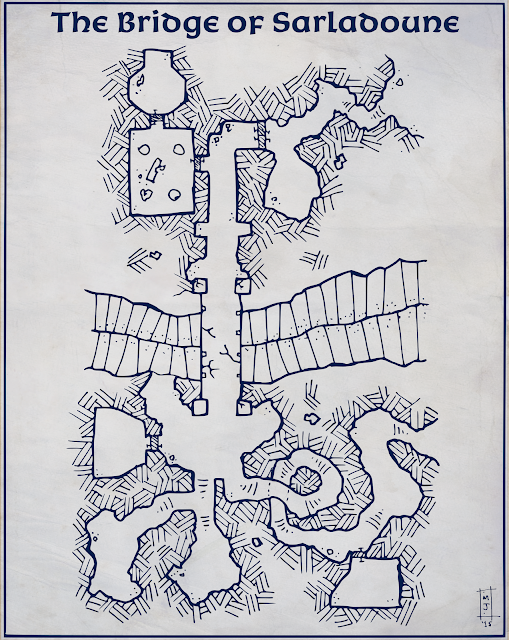 I remember having a great time running a few friends through this little dungeon. There was a massive creature trapped in the room on the bottom left that they set free - sure to bring doom upon the world. 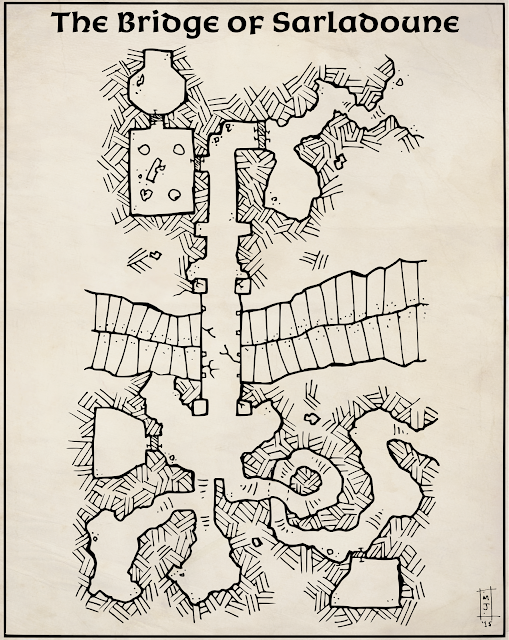 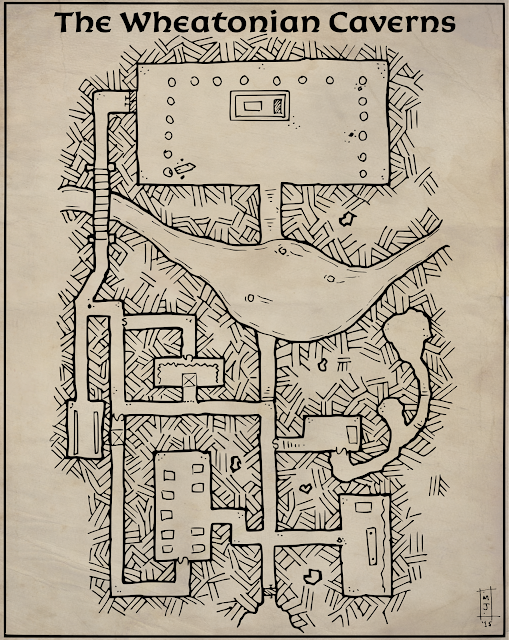 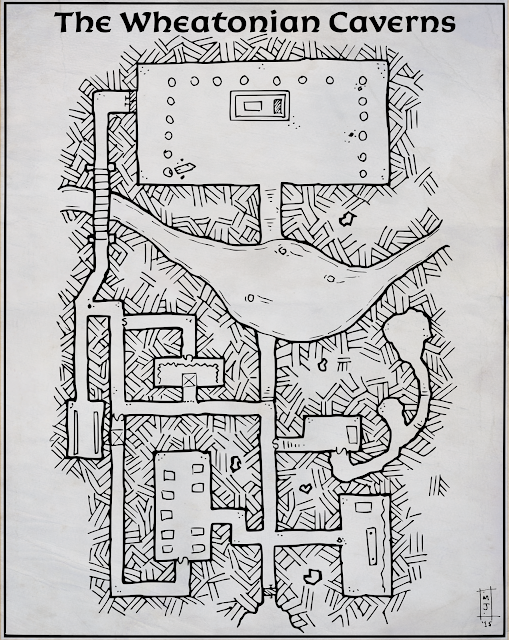 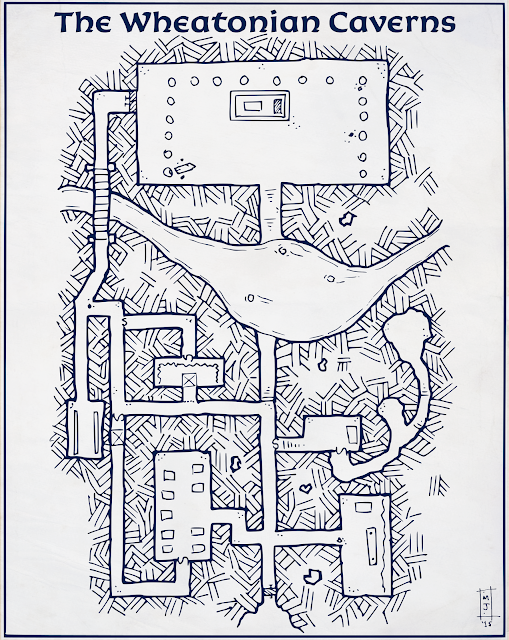