If you have spent more than an hour talking to me about OSE, you undoubtedly know that I hate the plateau effect

To explain, here is the typical Fighter progression in OSE. Notice how our combat based character gets exactly zero better and actually hitting things for 7,999 experience points? At this point he gets better to the magnitude of 2 points. Then, they need to score another 55,999 xp to get better. This always drove me crazy. Your character plods through the dungeons for days or weeks, never really getting better and the SUDDENLY he jumps up by TWO points. I cannot think of one thing that goes through three (or four, or five) iterations and then goes up by two points. Shouldn't there be growth by one point somewhere along the way??? Just fails to pass the common sense test for me. 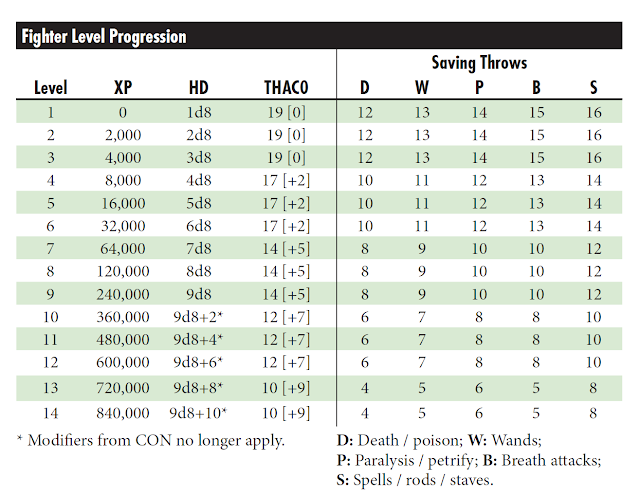 Now, about this time some well-meaning asshat grognard is going to come along and explain how hit points increasing is a measure of their ability to get better in combat, or some other halfbrained idea.  And YES, I know the historical reasons as to why it goes up by two or three points every three or four levels. I get it. Whatever. This is my blog, so hop off.

This method is dumb. Always has been dumb. Period. Full stop (for you old people like Brandon).

My friend Steve came up with the mathy behind this better idea. I opened up Affinity Publisher and fixed the original OSE page below. Thanks Steve! 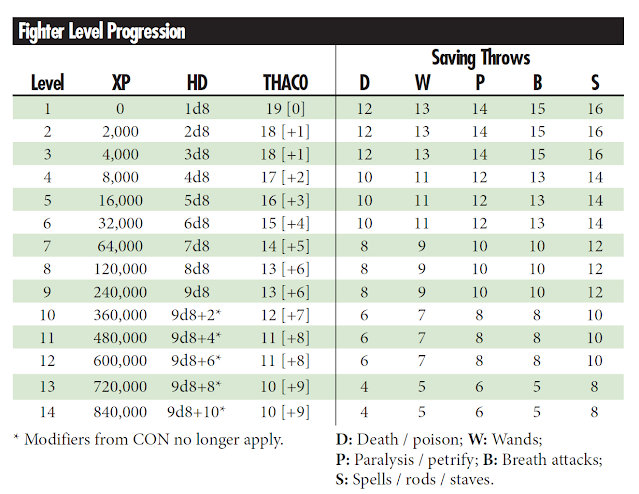 Now, your favorite fighter can not suck at second level and actually show he has learned some fighting stuff when he killed those 100 goblins! Look at that!

I also did the cleric, original: 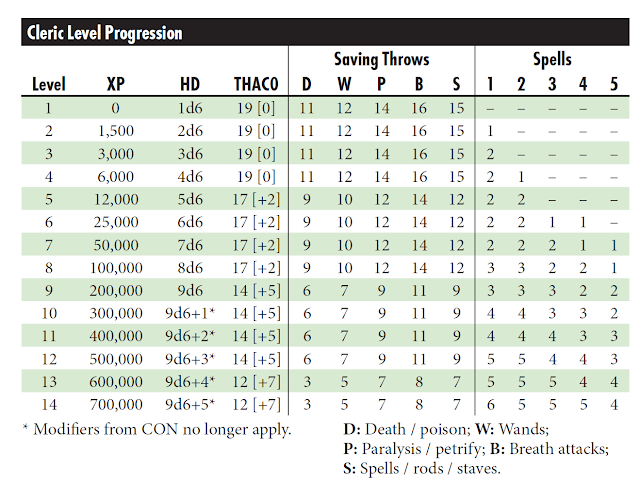 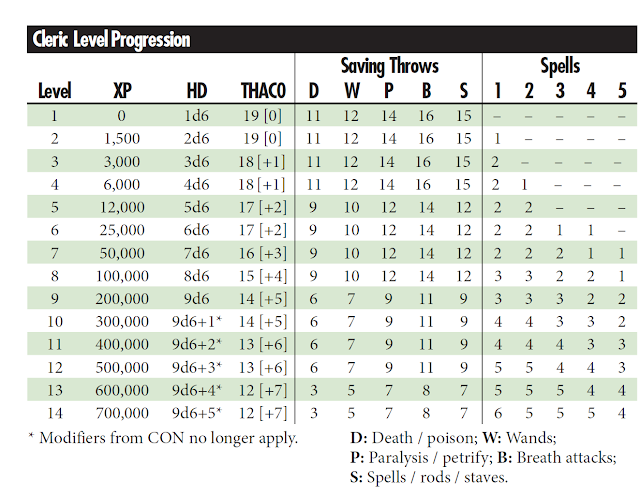 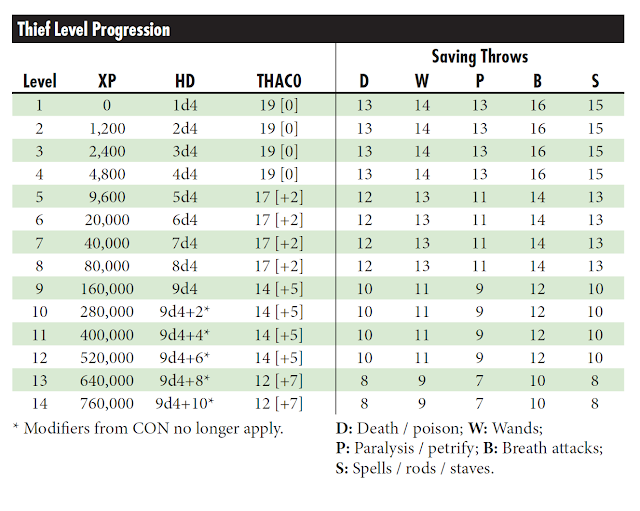 I will continue to work on these and post more classes soon.