Best image of the fantasy races. Ever. 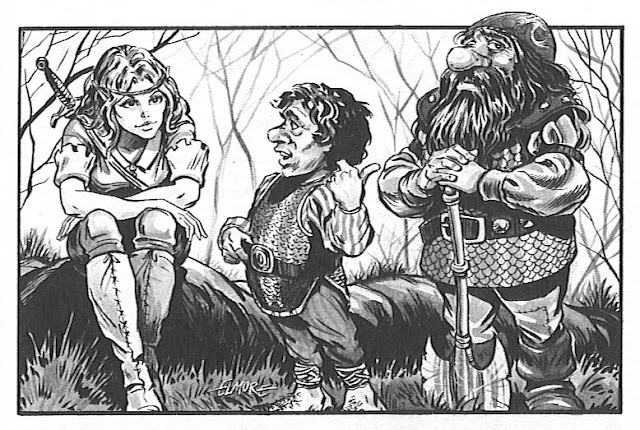 Not only that, but this is probably the most practical envisioning of what it would be like. Average joes just sitting around the campfire after a little adventuring. The halfling, always the most flamboyant speaker of the group, is talking up the a-little-shy dwarf to the pretty elven maid, telling how he took out three orcs with a powerful swing of his hardy battle axe. Knowing he is embellishing the story a wee bit, she knowingly smiles at the little fella. The dwarf allows the exaggerated story, hoping he might steal a kiss from the lovely lass, decades later it would be a grand story he could tell his cousins back at the mine.

When I think of gaming, this is the image I always picture in my head.