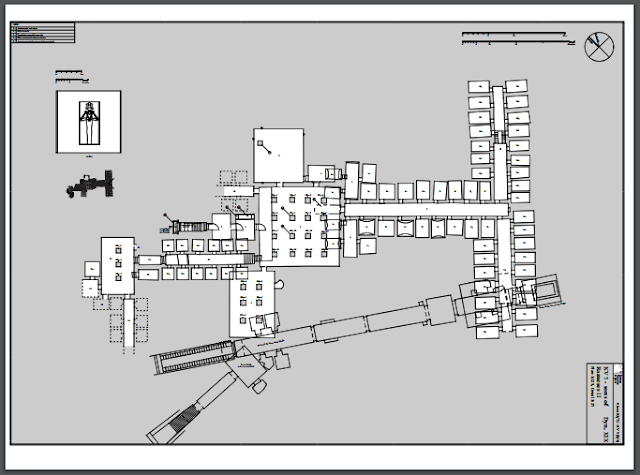 This one is a freaking dead on copy of half the D&D maps out there. Hell, they count around 70 SQUARE fucking rooms. Someone had a serious hard on for squared corners and shit. Anyway, cool PDF here if you want to download, print and run/kill your friends in it:
http://www.thebanmappingproject.com/sites/pdfs/kv05.pdf