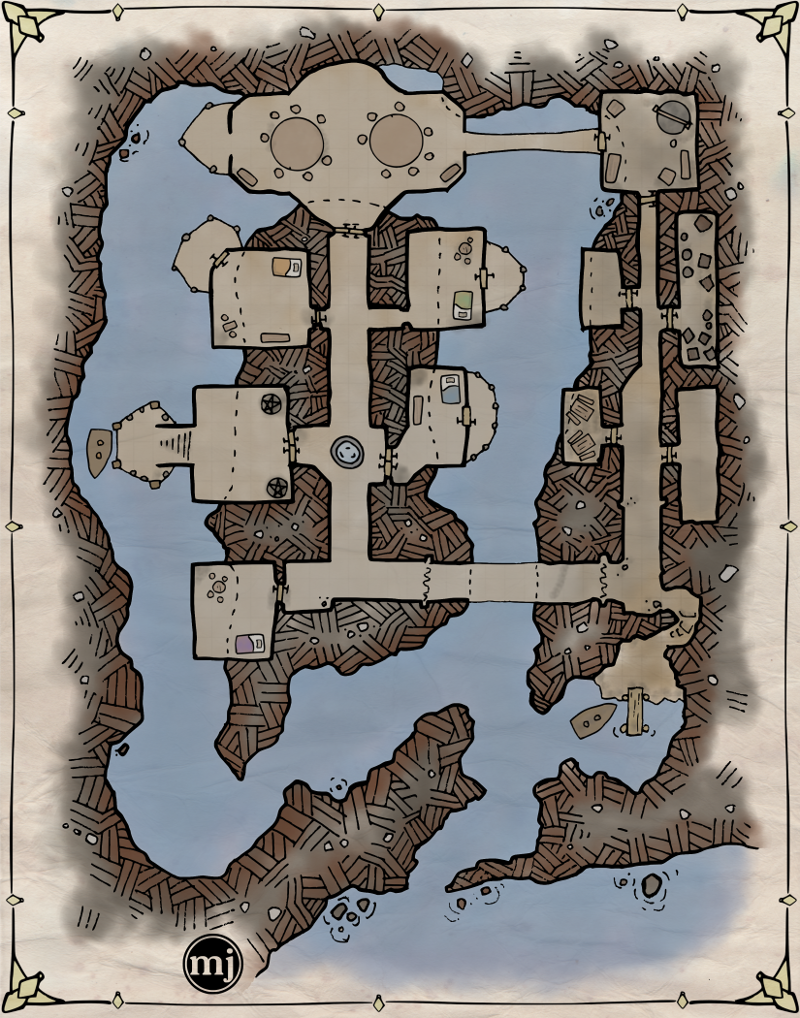 Along the banks of the Great Tullurian River a small cavern opens up into the Rosataen Emperor's secret retreat. Magics hide the opening to the cavern, making it appear to be nothing more than a sheer cliff face along the river's bank.

Inside are apartments for the Emperor and his guests, an area to dine and a continual river of water that enables the party to float along the calm waters and relax. Gems, tiles, paints, and carvings are used in massive artwork that lines the walls along this river. Faint light spells, which can be attuned to the Emperor's mood in intensity and color, suspended from the ceiling far above provide the entire cavern with soft ambient light. A full kitchen keeps the guests well-fed while ample storage provides a never-ending flow of wine, fruits, and meats.

The long room along the worker's corridor is the barracks utilized by the Emperor's guard when he is in residence and can accommodate nearly thirty-five men in it's specially constructed bunks which stretch to the ceiling in sets of five atop each other. It is tight but there are rarely that many men here at any one time, patrols, guard duty and such occupying most of their time.

When the Emperor was younger the cavern was the site of numerous week long parties and celebrations with young beauties, drugs, midgets, and untold wonderful oddities. Now that the Emperor has matured into his elder years he comes to remember, relax, and rest. Assassins have attempted to breach the securities and harm the Emperor, but so far none have been successful. 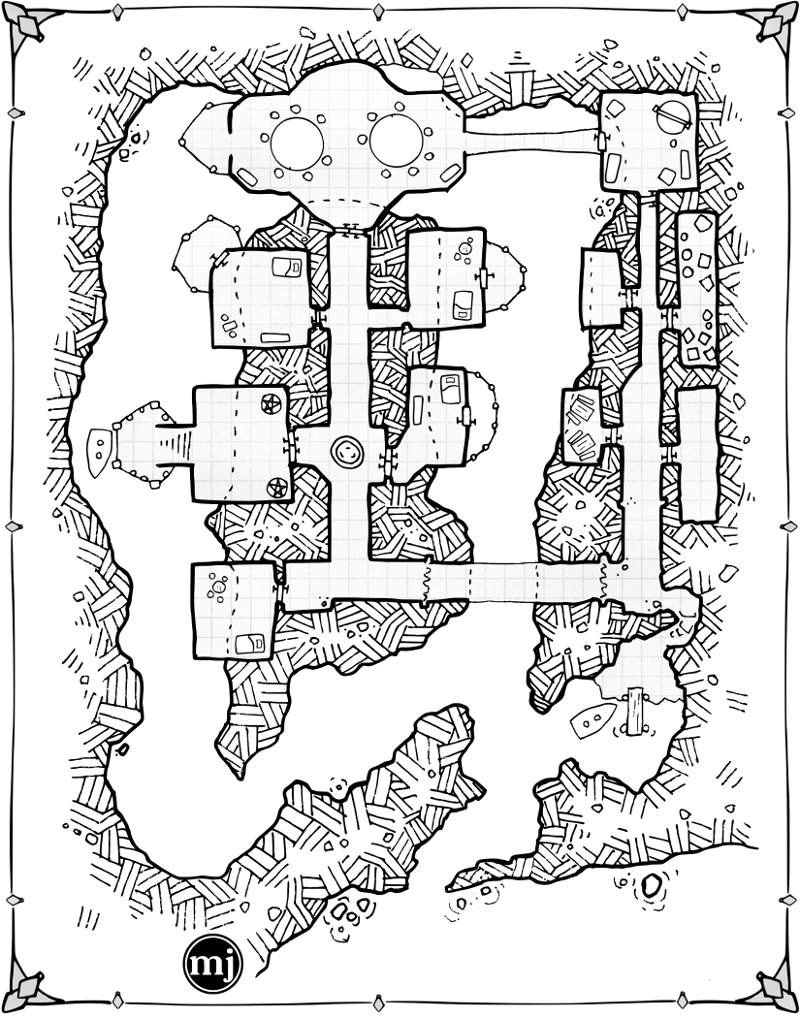 Supporters over on Patreon also received a four page PDF write up of this location, with more details about Kreel, his past and the effect it had on the Tart, details on the caverns connected to the cellar, and possible adventure hooks and seeds. Drop a buck a month and get access to the PDF as well as 3-5 new high-resolution maps per month. Maps are provided in various color schemes and at 300dpi, 11x14 image files suitable for printing. Are you ready to become a patron supporter?