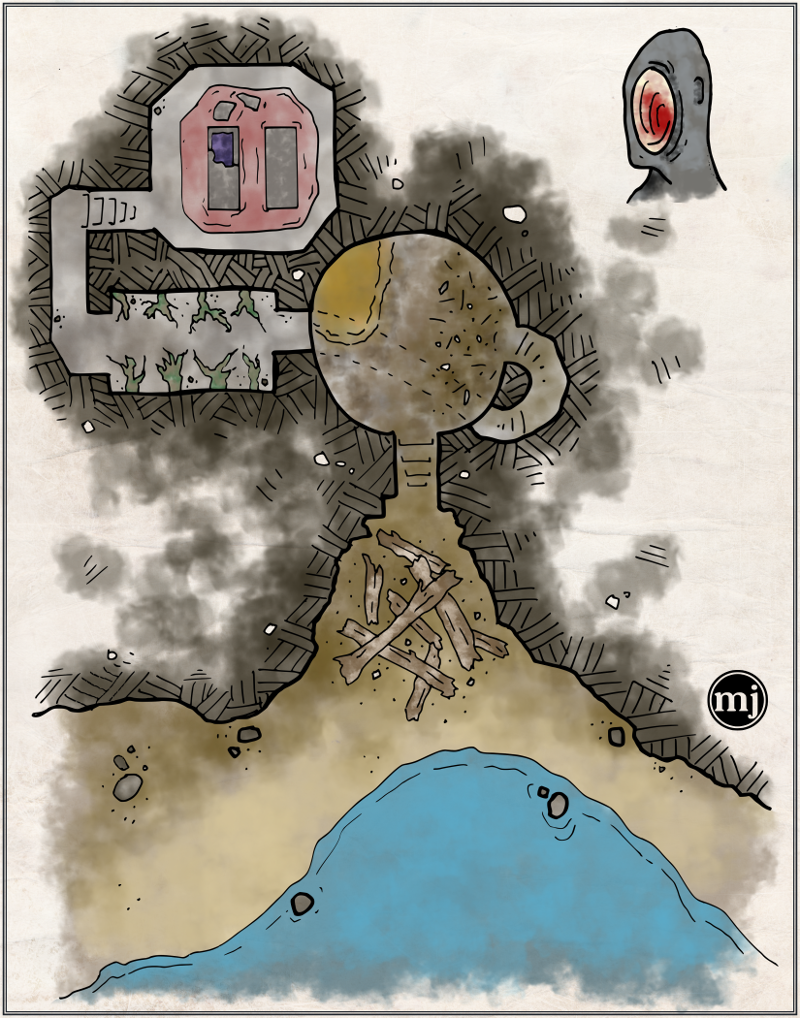 This last week I ran a game using the Maze Rats system and I really enjoyed the game. Mechanics disappeared and the game and story just happened. However, it got me thinking.

I did not know, so I set out to make one. Plus, I needed to make a map as I had not in almost two weeks. Here is the result, a quick little adventure that could probably eat up an evening of gaming. Some of the monsters are deadly, and if they are not, just add another one, or worse, double their Health score. That'll make players think twice before running headlong into combat.

Lady Naerwals Tomb (PDF) is available here (most likely till toss up on RPGNow at some point):
https://drive.google.com/open?id=0BxNLRuUwmjklR3Y4U0tOVzczMWc

Let me know what you think, and especially if you run a game using it. I am curious how well this translates into an easy to run session of Maze Rats.

EDIT -  Sheesh! I just realized I never described what a Salapus was!
Sala(mander) + (octo)pus  It appears with the body of a salamander with the head being a (entire body) octopus, with long tentacles. Drat! I even drew a terrible picture.