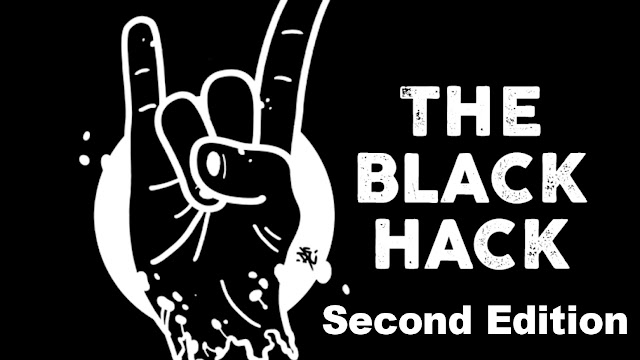 I have become quite infatuated with the second edition of The Black Hack as of late and over in the MeWe Black Hack group a fellow going by the name Arcum Daggson posted the following:


Sow. Starting DM here, looking to use DCC material. Having some guidelines from veteran players how to convert creatures would be highly appreciated.
Eg. This creature.

Surely it would lose some stats, but what about HD and AC? Or is this more or less good to go as is? Do you also implement difficulty classes? Or...

So, I decided to take a stab at the creature. I was unfamiliar with DCC (I know of it, but never played) as well as the creature, so a quick Google-fuing and I had a few ideas. A corrupted Elemental Hydra sounds pretty badass to me, so I wanted to make this thing powerful. I think I did. Here you go, enjoy throwing this badass mofo at your players.

Corrupted Elemental Hydra - HD 8
Bite attack- STR (1 Close) 2d10 dmg
Breath weapon - see below (d4 Nearby) see below
Aura of True Fear - Any Character that starts their turn Nearby the Hydra, must pass a WIS or CON Test (Player decides) - or suffer Disadvantage on any test they take this round.
AV - 2
o Multiple heads! roll 2d4 to determine how many heads the hydra has. Creature can attack a number of times equal to the number of heads.
o Breath weapon! Each head has different breath weapon attacks, each has a usage die, once expended it must 'rest' that attack for two rounds before it may use that breath weapon again. The head may perform other actions during the breath weapon 'rest'. Roll d6 for each head to determine' its elemental focus:
1 - Poison Gas Breath! CON or Weakened for d4 rounds
2 - Fire Breath! DEX 4d6 dmg, flammable objects burst into flames, do 2 additional dmg for d4 rounds after attack
3 - Wind Gust! STR or forced to Faraway, if an obstacles blocks target's path to Faraway, target takes 3d6 dmg
4 - Acid Ball! d4 worn or held or items on target are destroyed, GM discretion for magical items
5 - Ice Blast! DEX 3d6 dmg from flying ice chunks
6 - Earth Deluge! STR 2d4 dmg and Paralyzed as buried by dirt, to escape must make a STR with Disadvantage