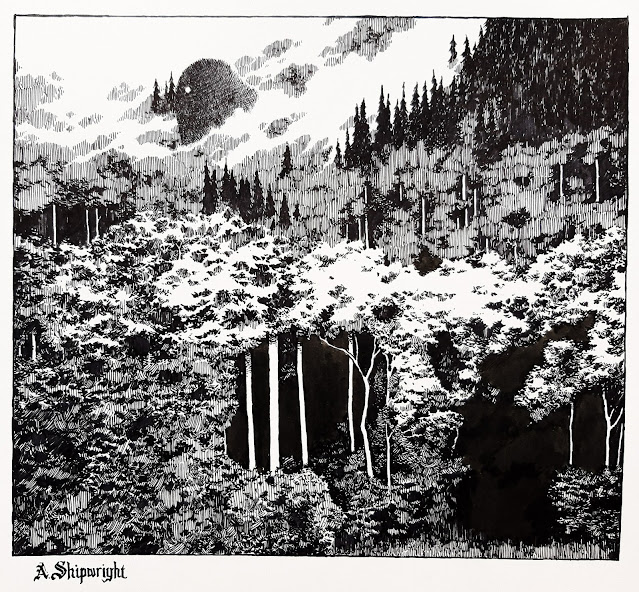 I have been running the FKR Skurmish! game now for two weeks and I must admit at first I was somewhat overwhelmed. I had five independent players who were essentially playing in five simultaneous hexcrawls that resulted in up to fifteen emails in a single day....it was maddening.

However, as time went on I figured out a way to manage this in a mostly easy way. I will try to explain my method here in a manner that will not give anything away to my players (I know a few of them read this lump of space I call my blog). My initial idea was to run a quick, player vs player wargame just to see how it would run over email. Since however, it has turned into five full blown games with players interacting with local NPCs, battling dinosaurs, attempting to take over a keep to use a base of operations....honestly it is like running five solo RPG hexcrawls.

First, I created the map and fleshed out the terrain using a random die roll. I have this map in a file on my Google Drive that allows me to check the map from any location so long as I have cell or wifi (which would be a requirement for me to reply to an email anyway). This has been a boon. 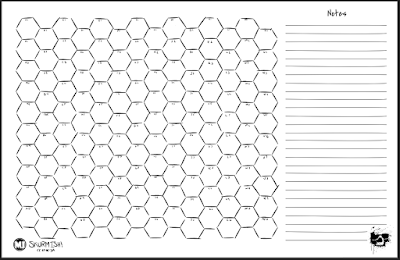 the map I provided the players

Secondly, I created a random d66 table with possible neatO unique locations. I went through and determined in each hex if there was something unique there, and if so, I used the d66 table to determine what exactly would be there. Now, initially I thought this would be an 'every once in a while' special but as we have gone through in play, I find myself adding more of these because I made one slight error when I started: I made the map too darn big. While the players began mostly close to each other (again, randomly determined), play would be rather boring to wander around a map with no interactions. So far the players have encountered dinosaurs, a travelling merchant, a demon-infested ruins, a tornado, a mysterious storm shrouded tower...and that is really only after exploring a handful of hexes.

Third, I created a Google Sheets page where I roughly detailed each warband: name (if given), type, number, and 'combat value'. This combat value was determined by saying each warband would start around 100 points, the dividing that up by the types of units each player told me they wanted. If one said I want goblins and dragons, he might get 40 goblins and one dragon. This took a bit of mathematical wizardry but I eventually was able to level the playing field despite the variance in warband type. Is it perfect? No, but it works for my purposes. Plus, players will never see this. Additionally, as play happens, the warbands will increase and decrease in size, so the players' actions will end up being important to their overall combat effectiveness and the strength and power of their warband.

Fourth, and most importantly, the 'rules'. I started with dice, I am a gamer after all. I tried nutty things like roll a d6 for each troop. Roll a d6 for each point or combat value. Only 6s count....everything I tried seemed too complicated and not easy to manage. Especially if I was on the move. I knew I would be travelling a bit when I first started and I wanted to be able to manage this on the road. I couldn't be hauling around one-hundred d6s to handle a battle (I mean, I could, but I like to over pack too many clothes, so that narrowed my chances of toting around a hundred dice).

I settled on cards. I tend to not like cards for some reason, not sure why. I tried a few things but ended up settling on what I will describe below. Now you have to take into consideration that while this may not be mechanically completely fair but seems to meet the FKR model I was aiming for in play.

I assess the situation, looking at warband strength to the obstacle (monster strength, number of enemy forces, terrain, weather, task at hand, etc) and determine an initial question with an outcome ("Do they cross the gorge?"). This question is usually a yes or no answer, so cards will be draw to two sides, a yes or no side. Then I look at the situation and determine how likely each 'side' is to occur. I will draw cards for each side based on this, usually using one card as a base, with up to three cards for very likely.

For my example, a warband of orcs led by Bloodtongue the Merciless has come to a wide and steep gorge with a swiftly moving river at the bottom, attempting to wade or swim across is impossible. The player comes up with a creative way to cross and I settle on the question "Is the warband able to cross?" Given the players creativity I deem that this is a likely outcome. I will draw cards for two for "Yes" and one card for "No". Here I have drawn a 6 and King for yes and an Ace for no. 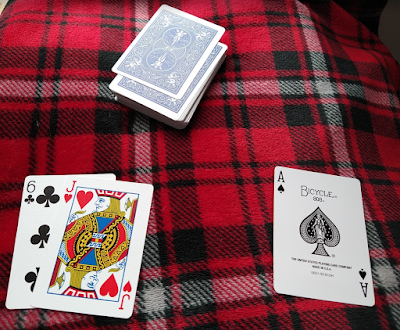 With that answer, I move to a second question to further resolve the 'encounter'. My next question is "Did they all safely make it back from the attempt?" Here I took into account that these are adventurous orcs probably with some skill, with a solid leader, and they had a good idea on crossing, so I decide I will draw two cards for yes and only one for no. I draw a 3 and 4 vs a Jack. Looks like the  warband suffered some losses! 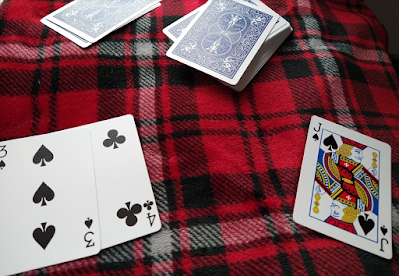 Now, this next step is a little more...nuanced. To determine loss I look at all the factors. What they were doing, how suitable are they to this task, what dangers did they encounter, how risky was the action, how powerful is the thing they were fighting, etc etc etc. In this case I decided that they would not have lost many, but how to get a random number with cards? Here I use the number cards, face cards equal 10 with an Ace being 10+ and leaning on a rare event (maybe the leader got injured?). I also will apply a modifier to the card result. Usually like 1/2, or 1/3 of the card drawn, or double the card. Here I decided to use 1/2 the card result, so the warband lost three of their troops while attempting to cross this gorge. 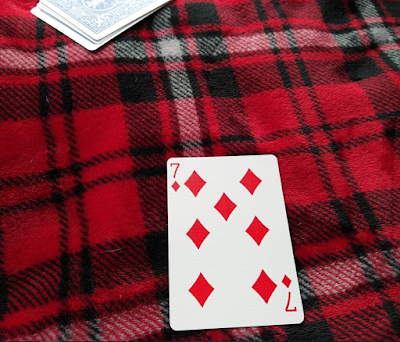 Admittedly, this method is probably not completely fair and leaves a bit of wiggle room with the Host (me) in translating the results of the cards. I feel this is entirely in line with the core credence of the FKR code. Also, the example above is quite simple and generic. I usually do however many card draws are required to flesh out a situation to its fullest within a reasonable amount of time.
Hopefully this sheds some light on how I am running this and hopefully...I don't get some dweeb on here commenting about the odds with cards and all that, etc....