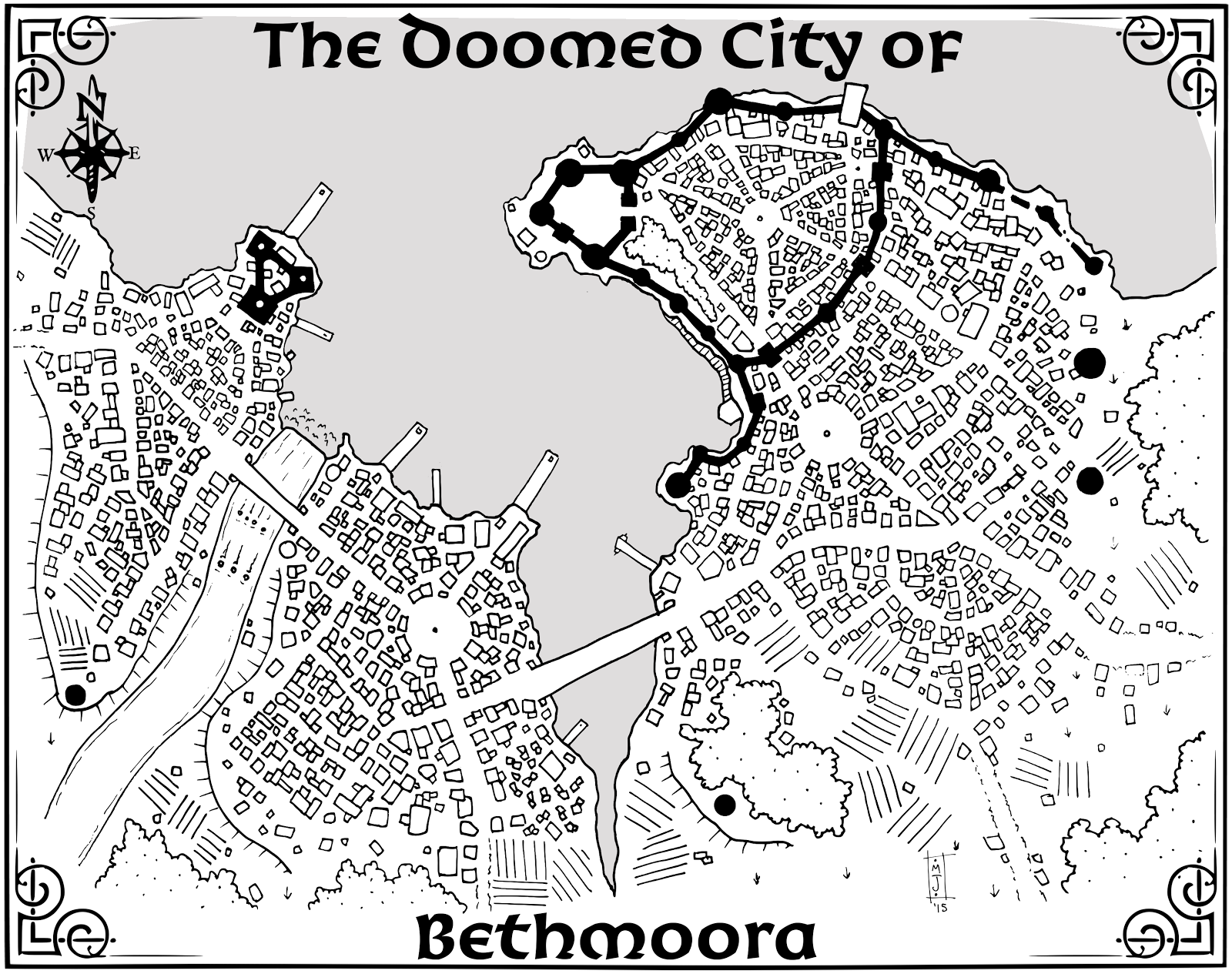 Not only are their dangers below, but the city itself is a sweltering pot of vile scum the likes most will never see. Due to the sheer number of transient people that travel through the city one can never be sure who they will come across or if they are friend or foe. Open practice of magic is forbidden (though few follow this 'law'), the law being put into effect after a large portion of the city collapsed during a magical battle. Today a large wedge-shaped gap runs the middle of the city, remnants of that fateful battle.