[map] The Six Unholy Pillars of the Vinagroon 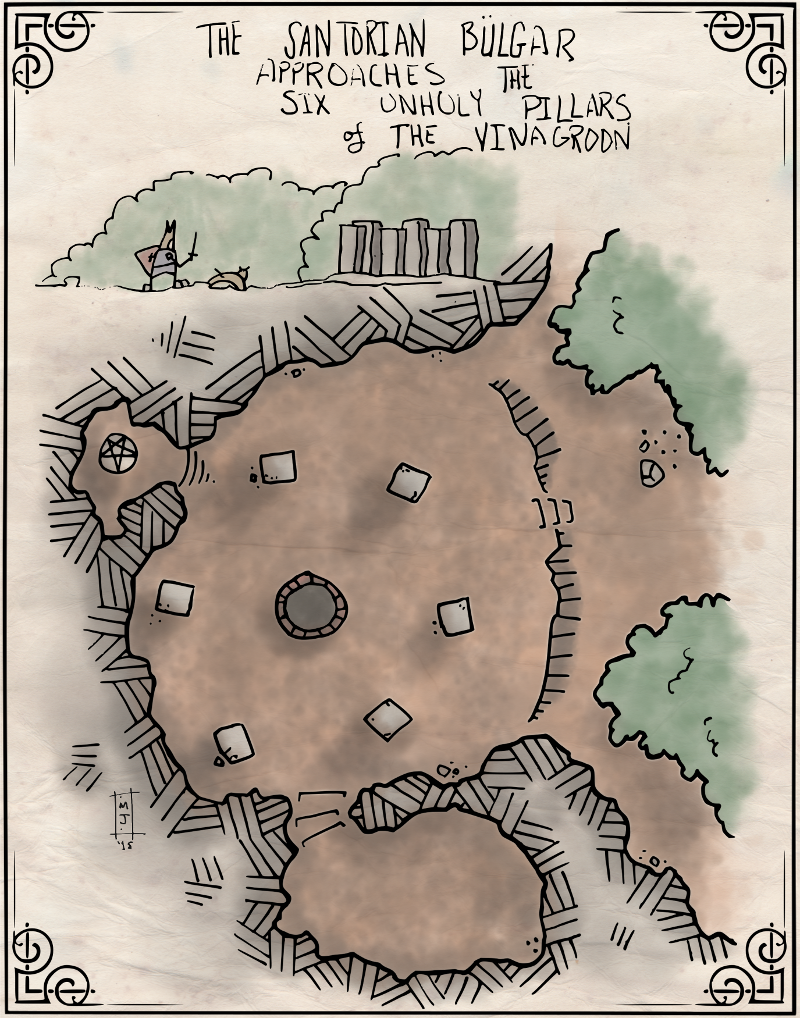 This map began as nothing more than a quick idea for a drawing and then I found myself with some freetime.

The Six Pillars of the Vinagroon is a unique stone circle nestled against a steep cliff. In the middle of this stone circle is a deep well that disappears down into darkness, This is the lair of the Vinagroon, a vile, tentacled demon. The small cavern to the south of the lair is a cave where the current priestess of Vinagroon resides, exiting only to satiate her deity by tossing sacrifices into the dark maw. In another small cavern to the northwest rests a glowing statue, a crude vision of the Vinagroon the priestess reveres.