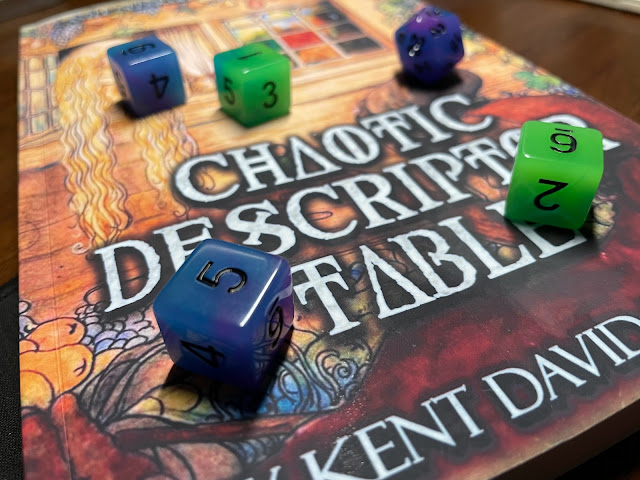 I've been pretty busy this week with work and have not had a chance - or the energy - to get back to my little trio but I have not stopped thinking about them. I felt something was missing and in the end I decided it was because my PCs were nothing, just pieces of paper. They needed....not to be funny, but they needed 'character'. Who are they? Why do they adventure? Why are they together?

I needed to know.

I have been collecting many random table or solo type books over the last year or so that I have been toying with solo play and tonight I pulled out a handful of them and decided I was going to figure out who Gorn, Amara, and Timbal were exactly.

I pulled out one book that had a great NPC trait table and began rolling. I decided I would randomly get three words and build from that. First up was Timbal Stoutbelly.

Scrawny was first, not a word I typically think of when describing halflings. Already I was off to an interesting start. Why would a halfling be scrawny instead of the typical chubby? Allergies popped into my head! Yes, allergies! They little bastard is allergic to so much that his appetite has been stunted over the years and now he is very particular in what he eats.

Next was Cowardly, that fits a halfling burglar. Perhaps earlier in life, maybe due to his allergies, he had a scary brush with death and now is fearful of being exposed to the possibility again. Course, that brings up the reason as to why you would choose to be an adventurer if one was afraid of death.

And just like that, the dice provide the answer: Naïve. Timbal is naïve to a fault. Let's see if this develops.... 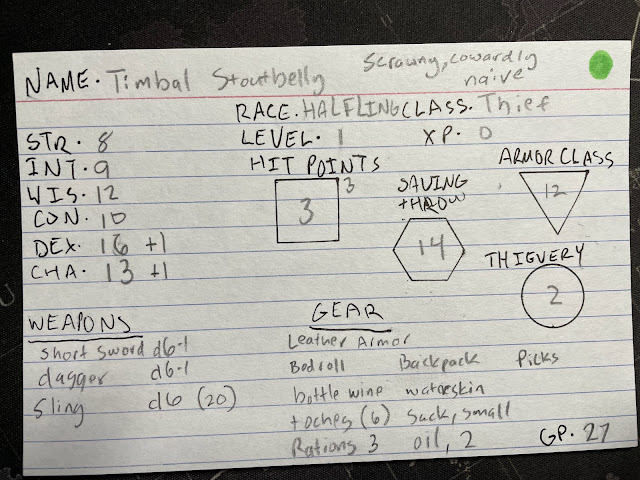 Next up is Sister Amara. Groomed is our first trait, this fits because she has a 16 Charisma, perhaps she learned as she grew to be very particular in her appearance, dress for the job you want sort of thing. She believes appearances are important, and so she takes care to ensure she is put together and takes care with her gear.

Shy is our next trait. Ok, so she is not boisterous, preferring to remain in the back of the crowd. Then the next traits solves it and seals the deal..

Monophobic. She is afraid of being alone. Why? .....Ok, first idea that comes to mind" She was orphaned at a young age but old enough to remember having a family". The loss haunts her to this day. She was raised in a nunnery, she followed the harsh teaching of an Abbess in service to the One God. In her lessons she was taught that her family can only be saved from damnation through her service and in their memory she now fights evil. However, all those lessons brought her sorrow and loneliness and today she is afraid of being alone, being a failure to her family, and with these fears and doubts, she tends to shy away from the public eye. 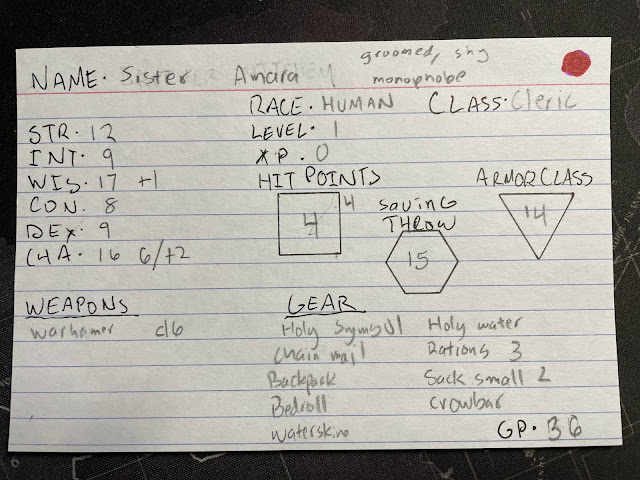 Lastly, we have Gorn M'Gork. (Yes its a stupid name, and yes I picked it on purpose.) Gorn's first roll puts a little light on his past, he is Missing his Right Eye. I am going to stretch here a little and with Timbal and Amara, someone needs to be boastful in the group, someone has to have a mouth on them. That's Gorn, and it has gotten in in trouble in the past to the point that he nearly died and did lose an eye. He knows he danced on death's door and somehow lived.

Surviving that ordeal made him Optimistic and cheerful, perhaps living to see another day after whatever hell he went through changed his outlook on life. Now he eagerly opens his one eye in the morning and greets the day, excited to see what fate brings his way.

His next trait is Devout, I am going to take to mean his 'devout attitude with his outlook on life' rather than the typical religious angle. His sheer joy with life has made him a devout believer that the best days are ahead and anything is possible, and that attitude tends to be contagious. 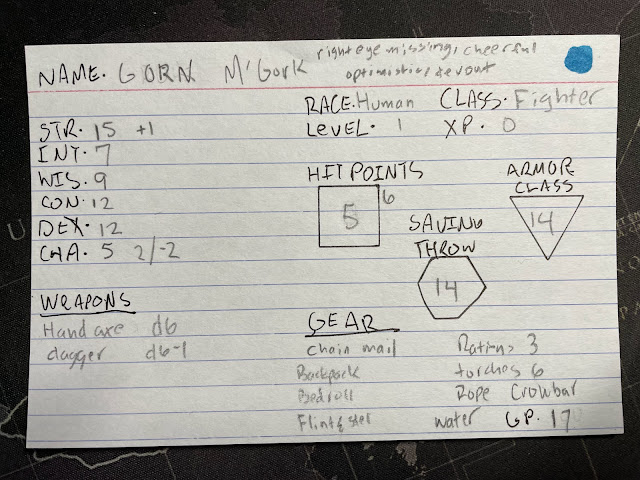 And that brings us full circle. Gorn convinced Amara to help him on his exploration of what is out there. She joined him because he can be her mouth, he can speak when she does not wish to be noticed or heard, but he is an able ally in her search to save her family. And Timbal? The poor naïve fellow fell to Gorn's cheerful and optimistic attitude, was in awe of the big guy's claim that better days were ahead for all three of them.

In a behind the screen note, I will use these traits and the little backstory I came up with to help guide me when using oracles to determine my PCs' behavior and choices they might make during adventures.