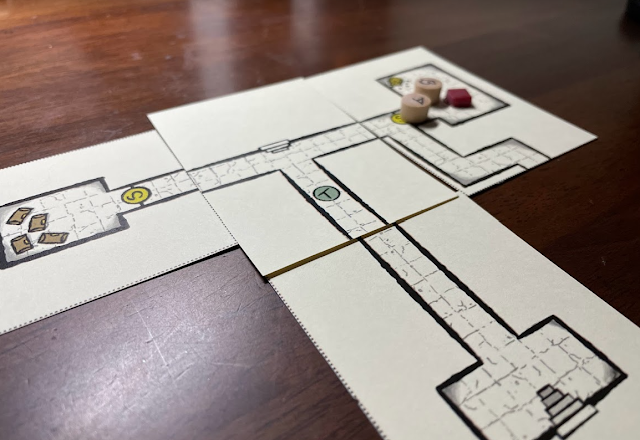 Dirk Stanley released the rules-lite game Mere Anarchy(https://mereanarchyrpg.blogspot.com/) a few weeks ago and I have been itching to give it a go. Tonight I finally had a chance to do so.

First up, Character Creation. Quick and simple, I used the random tables to create Brenor the Brave and Amara the Mage. 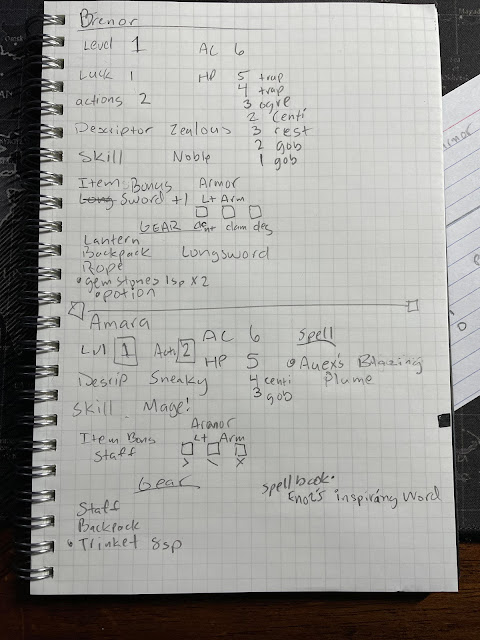 (note the picture was taken AFTER the adventure, so you can see the HP damage as well as the treasure they recovered in the dungeon)

Just wanting to give the rules a test run, I decided to just grab my Dungeon Deck and get going. I quickly 'houseruled' that random encounters be a 1 in 6 every hour. Then off we went!

I am not going to give a play by play but it went pretty well and made me quite nervous a few times that Brenor was not going to make it. MA is dangerous.

I drew the cards and explored the dungeon, using the D30 DM Companion to determine encounters including an ogre, a giant centipede and a group of goblins. That damn centipede just about got us. Luckily Amara was able to fire off her spell and saved the day. 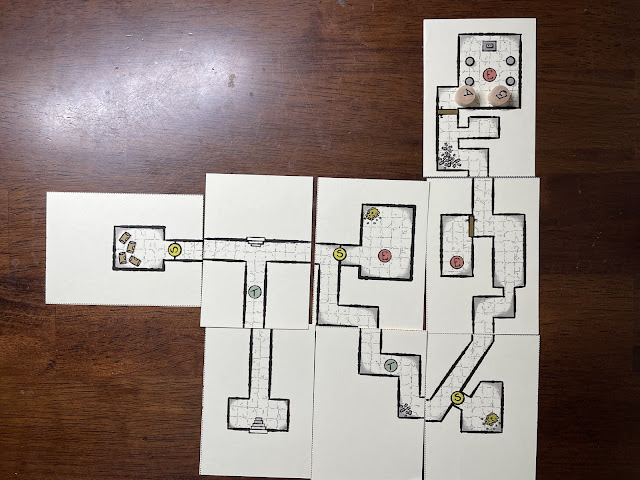 Overall, I really liked MA. Given it is rules lite there are times when I had to use judgement and figure out how to deal with things. Traps for example, I simply used the included Basic Mechanic and determined how difficult it was to find the trap. Along the lines of the rules, I had traps cause one damage. 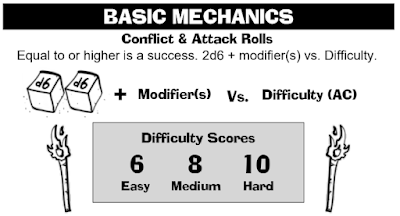 To determine the 'level' of Difficulty Score I used a d6, on a 1-3 the DS was Easy, 4-5 the DS was Medium, and on a 6 the DS was Hard. I also used this to determine how hard it was to locate Secret Doors, then rolled for each character to see if they could find the door.
To come up with creatures after I determined what the encounter was, I used the MA Monster rules to stat them. 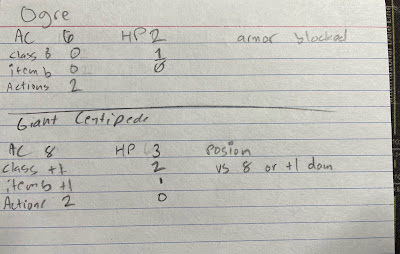 After the centipede, my heroes decided to rest a night so Brenor could recover one hit point, which was smart because the final room would have killed him. In the last encounter, a pair of goblins (whew for rolling low) saw a nail-biter, with Brenor barely scrapping through with one HP. 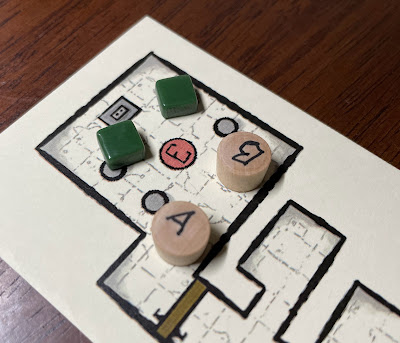 All in all, easy, fun and a great new little system.