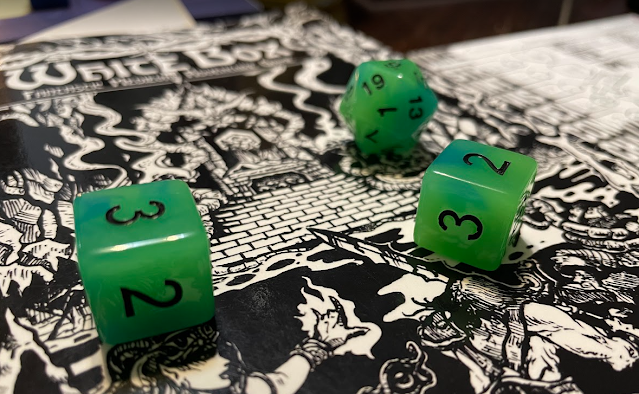 The band returns to Fort Rot Tooth just as night begins to fall. 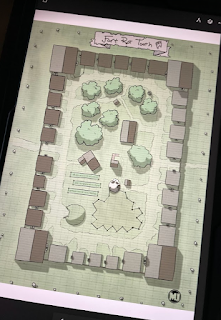 Slight retcon here, in my notes you may see that I decided at this point that the fort would become a central focal point in this game and I wanted a map. It occurred to me that I had drawn a fort last year after visiting Fort Boonesborough and I decided to use my own map, retconning the keep to a fort.

They join Captain Loilol as he is sitting down for dinner. He requests they join him, wanting to learn of news of his (half) brothers killer. Rem however opts out, stating that he needs to clean up and refresh after being out in the forest for so long.

The meal goes well and the band relates their story, the captain rewards them with the gold he offered. He then excuses himself in order to pray for his brother's soul.

I have made a decision on the deities in this world and decided to do something I have never done but thought about in the past. Instead of having a large pantheon of gods I want to instead have a single god. Not Christianity per se, but something probably similar. I have always avoided this topic in the past, worried that it could cause problems with the players, but since it is just me playing this does not matter. So....the One God.

As the band finishes up dinner, they now have a decision to make: do they want to continue working together. Using the traits I rolled (noted in the top right corner of their character cards) I weigh each roll or the oracle and get the following results:

The group decides to stick together for further adventures!

I opted here to restate the loose ends (leads/hooks) I still had floating around. I did this mainly because I did not know where the band would head next. 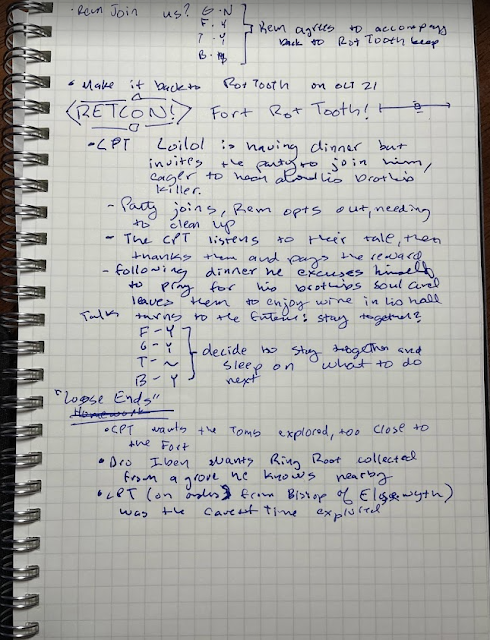