Findalgo’s Mountain Railpost is a popular stop along the very busy but dangerous stretch of rail that runs through the Grimpeak Mountains. Findalgo’s ancestors utilized dwarven masons thirteen decades ago to carve out the initial rooms and since has continually expanded the facility. As mining operations and peace between the races has increased, the rail has grown in importance. Today it boasts a large common room with over forty sleeping berths, a famous restaurant (you must try the Cave Scorpion Haggis, it is to die for!), a casino (faro is the popular game), a general store, and a brothel for those so inclined.

Due to the dangerous region the track inhabits, the Railpost was built with the track running along at mid-level height in an extremely tight crevasse in the Jearglin Valley. The track is elevated, with the Railpost built into the surrounding rock. South of the Railpost, the track enters a tunnel and reappears in the valley to continue along its route. Due to the remoteness of the Railpost, it is the only civlized area in the surrounding twenty miles, the stop has become very popular and grown in size as people opt to stay a few days before pressing on.

Rumors are that Findalgo has hired on dwarven masons and druidic elementalists to begin expanding the Railpost even larger so that individual rooms in a large scale hotel can be added, along with a large casino to keep the people entertained as they slow spin away their gold and silver. 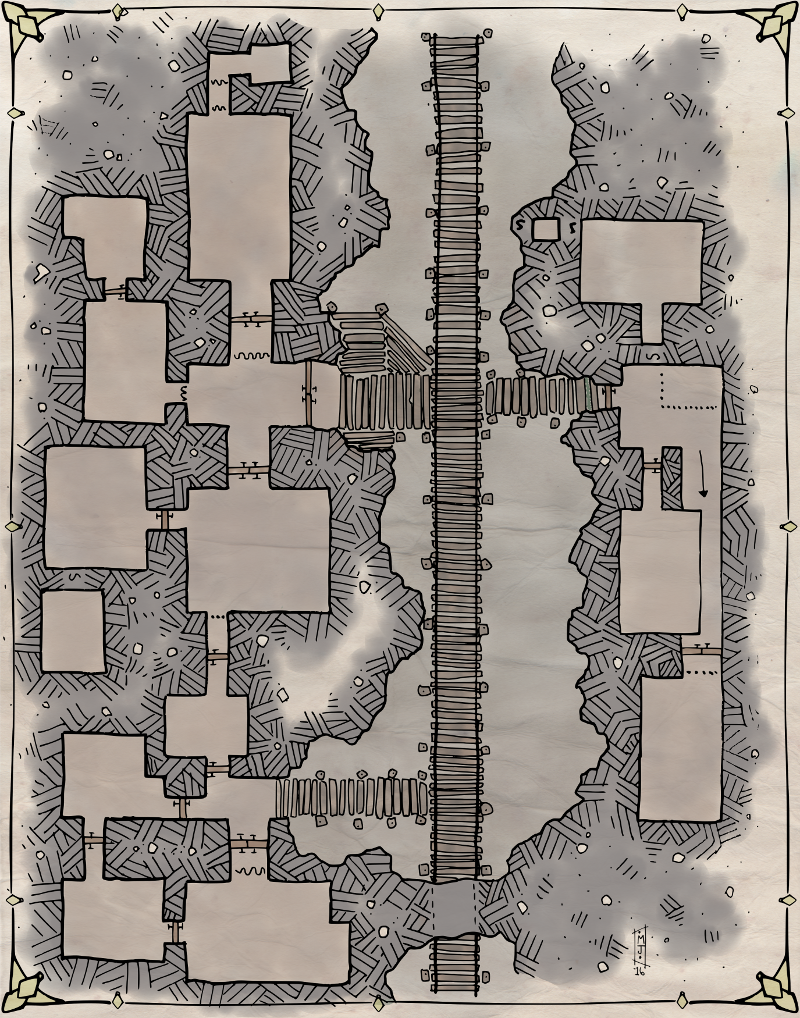 And black and white version: 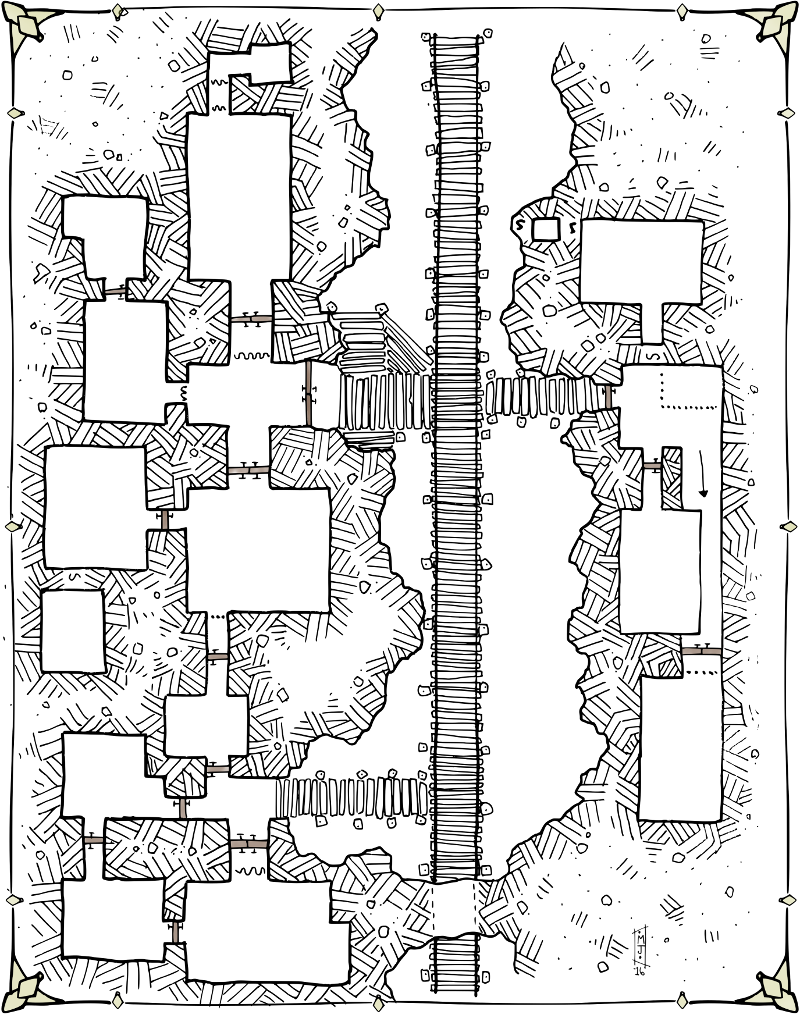