I have been running GoCC by David Bezio now for about two months, a total of six sessions (or 8 depending on if you could the first two session when I used my homebrew system). I am using Old School Essentials and I thought I would toss up some of my thoughts on using this adventure and a few comments on using OSE as well.

The first important point to make is that, like any other Dungeon Master out there, I am making changes as we play through this, tailoring it to my group, my style, and how I like and think works best. I have reworked the various maps in the original PDF to my own style and for ease of use in Roll20, hiding the traps, secret doors, etc. I have also reworked the original village, regional, and the maps from David's other release, the Phoenix Baronythe Pheonix Barony. Below is my reworked 'barony' map, I redid the map because I wanted to be able to expand/edit the setting as we played. I contacted David regarding the placement of GoCC in this setting (there were enough hints in the PDF that I thought it might be located in the original Barony). David verified this but did not disclose where exactly he placed it. So I placed it in the northern mountains. I also renamed the village from Caoilainn to Kalynn (I think David was just making fun of the RPG fantasy trope of adding vowel to names and spelling it in the most difficult way possible, I got tired of trying to spell it or say it). I also renamed the Phoenix Barony to the Marshall Barony, I just did not like the name. 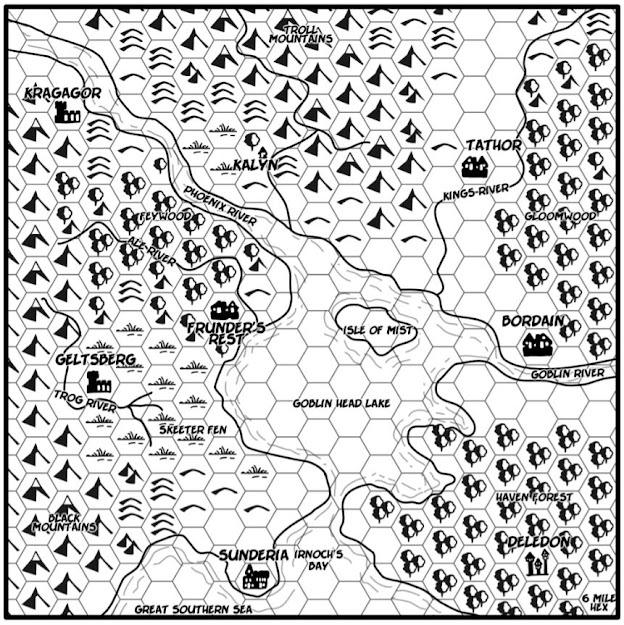 I also redid the regional map, it has not been completed but I did it for the same reason as above with the barony map. I planned a few other locations than the primary adventure location of the Gatehouse, adding a cavern/dungeon in the top left, as well as adding a mysterious island in the middle of the river. 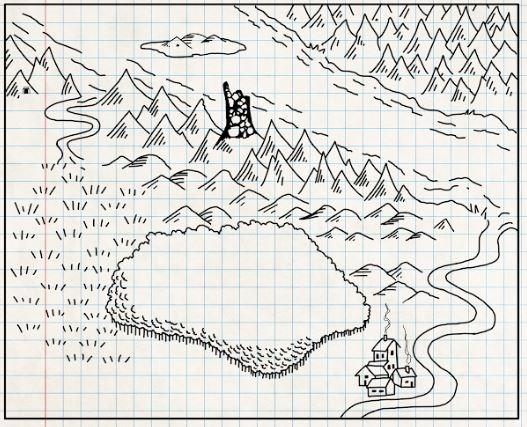 For the first sessions I used the existing village map in the adventure, but I recently realized I want more locations in it as I want to expand the role-playing in the village a little (felt a little short to me). I have decided to repurpose an old map of mine from 2017 and populate with a mix of the locations from GoCC and my own write up for this village. This will be fleshed out in an upcoming issue of Old School Zine. 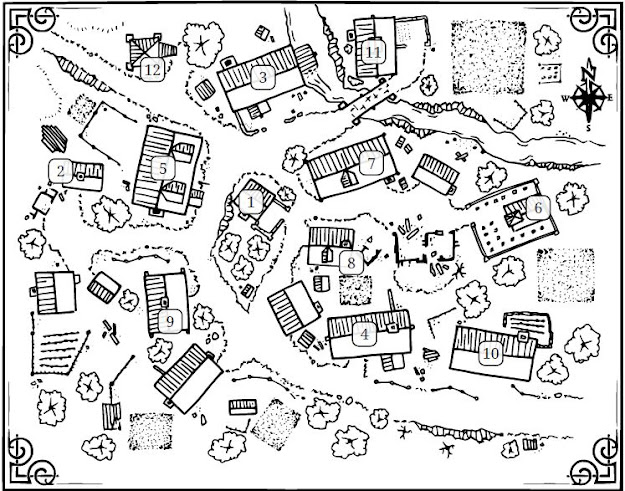 The second important thing is that I am using OSE for my game instead of White Box. Now, I LOVE White Box but most of my players prefer OSE, no big deal really as most things slide over nearly perfectly and are compatible. Any DM with a little experience should be able to convert on the fly.

I have also added some to the adventure in the form of different monsters, a few new magic items, and in the last encounter, I upped the big baddie's power and capability slightly. The main reason for this is that the players had 'carefully' avoided this encounter for a couple of sessions and I felt this had increase the tension, the payer seemed worried enough about the coming battle. So I gave the guy some magic items to give him a little more surprising power.

NEXT I will go over quickly how the sessions have played out and my thoughts on the adventure thus far....